With strong economic growth, increased affluence and a growing population that is forecast to double by 2050, the continent holds strong potential for luxury brands...

While a growing number of international brands are waking up to the promise of Africa as a valuable market for luxury goods, Montblanc has been growing its presence on the continent for 30 years... 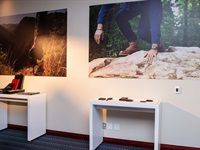 Richemont has a new CEOPerson

How 'brand you' came to beArticle

Dale Carnegie's line from his bestseller book 'How to Win Friends and Influence People' rings especially true in the retail sector... 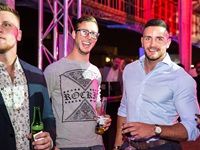 Jewellery sales beat food sales for Taste Holdings during the year to end-February, and profits from its Arthur Kaplan and NWJ jewellery stores managed to mitigate losses...

Richemont, the luxury goods conglomerate controlled by the Rupert family, hiked its dividend for the year to March despite a crimping in operating margins...

Richemont's share price jumped as much as 7.8% on Friday morning despite reporting halved net profit...

Taste Holdings has released its interim results to August 2016, which show the South African-based management group has experienced significant gains in its licensed brand strategy, as the Domino's Pizza business settles down and Starbucks Coffee draws consumer interest...

Poet and novelist Fiston Mwanza Mujila was on Saturday, 19 March 2016 announced as the winner of the 2015 Etisalat Prize for Literature for his first novel, Tram 83...

Fiston Mwanza Mujila, Penny Busetto and Rehana Rossouw have been announced as the three shortlisted authors for the 2015 Etisalat Prize for Literature...

Luxury goods group Richemont announced on Friday that Stanislas de Quercize, CEO of Cartier, has requested that he be allowed to step down from his current position and from the group management committee for personal reasons...

In the past 18 months Taste Holdings had secured the exclusive southern African development agreements for both Starbucks Coffee and Domino's Pizza, which has underpinned its long-term growth opportunities, CEO Carlo Gonzaga said...

The shortlists for the Branded Entertainment and for the Design & Package Design categories at the London International Awards (LIA) have been announced. Winners will be announced on 10 November 2015...

The full Cannes Lions Design shortlist has been released, with 1 SA agency cracking the nod! The winners will be announced at an awards ceremony tomorrow evening...

As the only real estate agency participating in the recent China Luxury Summit held in Shanghai, Pam Golding Properties (PGP), in conjunction with Stefan Antoni Olmesdahl Truen Architects, were able to impress visitors with the diversity of residential and lifestyle properties in South Africa.

A number of South African brands can claim to be intrinsically South African. Lion matches, All Gold tomato sauce, Huletts Sugar, Koo Baked Beans and Ouma Rusks come to mind. However, truly iconic brand status is usually reserved for international brands like Apple, Mercedes and TagHeuer. They're embedded in our culture and our consciousness as true icons.

A number of South African brands can claim to be intrinsically South African. Lion matches, All Gold tomato sauce, Huletts Sugar, Koo Baked Beans and Ouma Rusks come to mind. But truly iconic brand status is usually reserved for international brands like Apple, Mercedes and TagHeuer. They're embedded in our culture and our consciousness as true icons.

International retailers setting up shop in SA as a gateway to the rest of the continent are likely to take a measured expansion approach‚ as they gain knowledge and test the local market.

After a successful seven-month pilot period in the Gauteng and Kwazulu-Natal markets, City Press lifestyle magazine supplement, i, goes national to readers on Sunday 3 June 2012, tucked in with their Sunday newspaper.

The strong financial performance of several local and global luxury goods companies in recent months has re-enforced the perception that this industry is fairly recession proof, however this is not always the case, according to Daniel Malan, Investment Director at asset management company RE:CM.

All the 2011 Assegai Awards winnersArticle

The 2011 Assegai Integrated Marketing Awards, hosted by the Direct Marketing Association of South Africa (DMASA) and presented by the South African Post Office (SAPO), took place last night, Thursday, 17 November 2011, at Emperor's Palace in Johannesburg. The Inkosi award - given to an entry that has excelled above all others across strategy, creativity and return on investment - went to Boomtown Strategic Brand Agency for "Always On". The luxury goods sector in SA is starting to feel the pinch of the global recession as heavily indebted consumers seem to have stopped conspicuous spending.

There is no reason why our South African wine industry should have to choose between big players and small boutique winery strategies when advancing on the worldwide wine market. Perhaps as one who has worked within the field of strategic marketing for over 16 years, while maintaining a passion for wine tasting, collecting and more recently wine making, I feel that the road may not be quite as black and white as Business Day's Michael Fridjhon suggested earlier this year.

Luxury goods group has reported an 18% increase in diluted earnings per unit to €2.76 for the year ended March.

Jupiter brings in the Gold at CannesArticle

The Jupiter Drawing Room (Cape Town) has walked away with a Gold Media Lion at the 54th annual Cannes Lions Advertising Festival for its Pen & Art ‘Montblanc' press ad in the best use of newspapers category.

Jupiter on an international highArticle

The design department of the Jupiter Drawing Room (Cape Town) has kicked off the year on a winning streak and it seems their luck won't run out anytime soon as they've recently added several international accolades for their innovative design work to their mantlepiece.

An impressive 1600 delegates from no less than 105 countries descend upon the Mother City later this week for the African continent's inaugural hosting of the World Association of Newspapers Congress and World Editors Forum. This global meeting of the world's press, taking place between Sunday 3 and Wednesday 6 June 2007, has been noted by WAN spokesperson Larry Kilman as the second largest in WAN history after last year's Moscow-hosted congress.

Delegates to the World Association of Newspapers (WAN) Congress next week will enjoy not only four days of intense discussion at the Cape Town International Convention Centre but a number of special events designed to showcase the diversity and versatility of South Africa.