Monday, 6 January 2020, Bizcommunity, one of the leading business-to-business news platforms on the African continent, celebrates the official relaunch of their podcast offering - BizTakeouts... 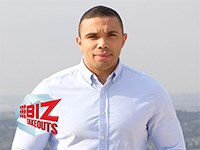 The 12th Annual AfricaCom Awards was held at The Lookout in Cape Town. Presented by former Springbok Bryan Habana, the awards celebrated the achievements of the best companies, solutions, products and personalities improving connectivity and driving Africa towards the Fourth Industrial Revolution. Check out all the winners here.

All the 2019 AfricaCom Awards winners!Article

A recent poll found that South African rugby fans marvel at the impact technology has on improving the experience of the game...

Independent Media's fine team of sports writers have been right there on the touchline and in the change rooms of the country and the world's favourite teams. They have now taken this one step further by providing extra value for its loyal subscribers with the launch of the quarterly Sport magazine...

Be a part of a blend of tried and tested sporting disciplines at Zando's Cape Town 10s, as it celebrates its 10th anniversary from 1 to 3 February 2018 at the Hamilton Rugby Club.

Rugby CODESA needed to halt the downward slide of the gameArticle

Former SARU president Oregan Hoskins, says the application of an amateur mindset is a key cause of South Africa's poor performance on the field. Rugby should be run as a business and equity partners need to be allowed to take a majority stake in the various franchises so they can be more involved in the running of the game.

The results of the thirteenth Sunday Times Generation Next youth survey were announced at the Awards held at Sandton Convention Centre on Thursday, 11 May. Nike was once again awarded as the 'Overall Coolest Brand', after claiming top spot in three of the 75 categories surveyed...

Following the passing of Joost van der Westhuizen on Monday 6 February after a six-year long and courageous struggle with amyotrophic lateral sclerosis (ALS), a form of motor neuron disease (MND), the South African rugby community shares a tribute to the Springbok Legend.

[Behind the Selfie] with... Stijn SmoldersArticle

This week, we find out what's really going on behind the selfie with Stijn Smolders, CEO at Sprout Performance Media...

Veteran Springbok rugby player Bryan Habana, spends a lot of time in Britain, so he provided us with some of his life-hacks on travelling in comfort, and of enjoying your destination once you arrive...

Building on its official sponsor status for Rugby World Cup 2011, Land Rover has used its 20 year heritage within rugby at all levels around the world to create a fully integrated brand campaign which puts grassroots rugby at its heart...

Wear your Springbok jerseys every FridayArticle

The Minister of Sport has appealed to corporate South Africa to throw their weight behind the Springboks' Rugby World Cup campaign by wearing their Springbok jerseys on BokFridays - starting 10 July 2015..

From the Aurora Cricket Club to MbalulaArticle

A media chronology: 'Any form of discrimination with regard to a country or a person on grounds of race, religion, politics, gender or otherwise is incompatible with belonging to the Olympic Movement.' - Article 6 of the Fundamental Principles of Olympism.

Springbok captain Jean de Villiers on Wednesday, 12 February 2014, became only the sixth player to be named South African Rugby Player of the Year more than once, while Eben Etzebeth was named the Young Player of the Year for 2013 for the second successive season at a ceremony at the Lyric Theatre at Gold Reef City in Johannesburg.

British Airways recently brought together the best of Britain and South Africa at 30,000 feet over Joburg to showcase how its GBP5 billion investment is benefitting customers.

This week's World Rhino Day saw the virtual world unite behind the #iam4rhinos campaign to raise awareness about the world's rhinos, which are threatened by extinction due to poaching.

British Airways has undertaken to donate two Club World (business class) tickets worth over R60,000 to FoodBank South Africa, when the video clip in which Bryan Habana races a British Airways' A380 reaches 2 million views.

Habana takes on aircraft to feed the hungryArticle

British Airways (BA) has undertaken to donate two business class tickets worth over R60,000 to FoodBank South Africa, should a video in which Springbok winger Bryan Habana takes on British Airways' newest and largest aircraft in a race over 100 metres reach two million Youtube views.

It used to be called the Springbok Route, so when British Airways announced it is bringing its new Airbus A380 to South Africa it fittingly decided to team up with some Springboks. The pair in question, Jean de Villiers and Bryan Habana, were joined by England captain Chris Robshaw.

As part of its campaign in aid of World Hunger Day, yesterday, 28 May, FoodBank South Africa is urging consumers to assist in its quest to combat hunger in South Africa by supporting its SMS donations campaign.

How to measure brand valueArticle

As we all know, when individuals achieve some degree of celebrity status, they become brands in their own right, just like any other brand. The question is how does one measure the value of a brand ... and in the case of this article, how can we determine the value of brand Oscar Pistorius?

The South African Football Union (SARU) reveals in a statement on its website the names of the ten finalists for the prestigious SARU Rugby Player of the Year 2012, following a new public consultation process in conjunction with the votes of rugby media. McLaren MP4 breaks all the records, but the Aston Martin Virage will win your heart!Article

Daytona Group is having a road show of their Best of British brands in South Africa, and I was at the One & Only to drive the Aston Martin Virage and the McLaren MP4-12C. These are supercars that will make you stop and look whenever you see one, but getting to drive both of these beauties was a dream come true and I realise that these are truly brands of distinction.

High-profile personalities in CT for Beyond Sport SummitArticle

The Beyond Sport Summit and Awards officially opened on 5 December in Cape Town, South Africa and Beyond Sport is ready to welcome some of the most influential and forward-thinking global figures from the worlds of sport, business, politics and philanthropy.

Fikile Mbalula, the South African Minister of Sport, will showcase the country's sporting achievement to a prestigious international audience from the worlds of sport, business, politics and philanthropy when he delivers the keynote speech at the Beyond Sport Summit and Awards in Cape Town on 7 December 2011.

Three hundred executives from some of the world's top companies will be among the more than 1000 people coming to Cape Town for the Beyond Sport Summit and Awards from 5-8 December 2011. The event will address sport's role in major social issues.

The "A Team" had a saying, which was: "I love it when a plan comes together." For 50 minutes on Saturday I think that Peter de Villiers was saying that exact phrase to himself. The older, and most experienced Springbok side ever to grace our fields, came out of the blocks at a blistering pace and put the Aussies under major pressure.

The annual Sunday Times Generation Next 2011 Brand Survey awards took place on Tuesday, 24 May 2011, to acknowledge the brands selected by Generation Y (between the ages of 8 and 22) as the coolest in the local youth market.

Fishing in the Shark TankArticle

Today, 28 October, holds significance in the history of Vodacom Western Province. It was on this day in 2001 that an inspired team, lead by Corne Krige and coached by Gert Smal, came back from behind to beat the Mr Price Sharks in the Absa Currie Cup Final to retain the prestigious Absa Currie Cup for a consecutive year. Vodacom Business Origins of Golf celebrates the final at OubaaiGallery

The final of this year's Vodacom Business Origins of Golf tournament, the largest on the Sunshine Tour, took place in George at Ernie Els designed, Oubaai Golf Course.

Yesterday, in celebration of Global Handwashing Day today, 15 October, renowned South African rugby player, Bryan Habana and Moeneeb Josephs, Bafana Bafana and Pirates goalkeeper, joined Protex to unveil the world's largest soap sculpture at Maponya Mall in Soweto, Gauteng. This sculpture has been assessed by Guinness World Records and has been approved as having met their stringent guidelines.

This year's Vodacom Business Origins of Golf series honoured Ernie "The Big Easy" Els but the central player in the 2010 tournament was the Birdies for Kiddies campaign, to which some of South Africa's top celebrity and business players participated and contributed to by hitting birdies. The Fan Can high-quality sports jigsaw puzzle range has launched in South Africa and for the first time fans can take their favourite sports teams and personalities home in a can. The oversized can with its jigsaw puzzle is ideal for sports fans, enthusiasts and collectors.

I drove to the Cape Town CBD yesterday, Tuesday, 23 February 2010, for the opening of Design Indaba and ended up in the middle of the night on a deserted piece of railway track somewhere between Stellenbosch and Paarl. I learnt a lot last night. [view twitterfall]

The MTN Ekasi TV sites are screening the 2010 Africa Cup of Nations in Angola games live. The first permanent big screen TV went up in Diepsloot in December 2007 and the project now consists of 19 sites across the country.

In a bid to educate and empower South Africans and eradicate the spread of disease, rugby star Bryan Habana and over 1,800 children will attempt to break the existing Guinness World Records total of the most people washing their hands at the same time, in the same place.

The Springbok medical staff will be working day in and day out to ensure that Bryan Habana recovers from his hamstring problem.