Plan to fail in African markets: Use a copy-and-paste model

By: Lisa Illingworth
Africa is perceived as a gem of untapped markets, as the new frontier for businesses with the potential for exponential growth.
But the reality is that the barriers to entry into African markets are such that taking a 'copy and paste' approach is an almost certain way to fail.

"Africa consists of unique operating climates," says Zak Sivalingum, FNB head of global business development, "and not just from country but from area to area the dynamics can change and if those are ignored, you're planning to fail."

Here are some of the ways you can plan to fail when going into African markets:

1. Enter the market in isolation

"If you plan to enter a foreign market, the surest way to fail is to enter without a strategic alliance on the ground," says Warren Adams, head of global business banking at FNB. Speaking at the recent global entrepreneurial forum, Adams explained that local knowledge is imperative to success and the best way of gaining those cultural nuances is through local, on the ground partnerships.

2. Assume it's about money

Having a strong capital base is certainly an asset when trying to negotiate local market conditions and make for a softer landing in a new market, but assuming that money is going to guarantee your success is another way of planning to fail. From the research that the bank has conducted, going into sub-Saharan Africa, which is geographically not a great distance away, the application of active listening and cultural respect made for a better chance of success than the amount of capital available. "It is not in the grand gestures in many of these countries," says Sivalingum, "it is about recognition and respect for their simple mannerisms that makes the greatest impact. By reducing the psychological distance between foreigners and locals through language and culture acquisition, the landing in these markets is softer."

IBM set up a research lab in Kenya in 2014 and immediately they engaged with the stakeholders that held the crucial regulatory rights over their new project. We quickly realised that if we were to make a difference in Africa, we needed to operate outside of the walls of the lab," said Dr Kamal Bhattacharya, director, IBM Research - Africa. "While we benefit from 25 PHDs from some of the world's best universities, it is crucial that we enter a dialogue with the people who best understand their own realities." These came in the form of local government and community spokespersons who were engaged from the beginning of the process of entering the market.

The underlying principle is fairness. If a business is perceived to be exploiting the local resources, be it talent or even commodities, the resistance to the newcomer will be substantial. But adopting local market knowledge, coupled with a bolt-on entry model that benefits the ecosystem, the odds of success will be significantly increased. Charles Brewer, former managing director of DHL SSA states, "By trying to stamp a first-world model on developing markets you are setting yourself up for failure."
NextOptions
›
Email Print PDF
Follow

A journalist and editorial specialist in content development across print, online and radio platforms with a particular passion for entrepreneurship and SMME's. Director and co-founder of a "for purpose" business that launches entrepreneurial kids.
Read more: IBM Research, African business, African startup, Lisa Illingworth, Zak Sivalingum 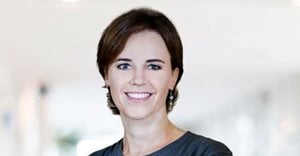 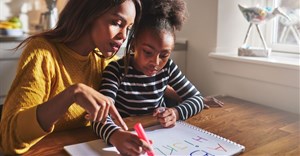 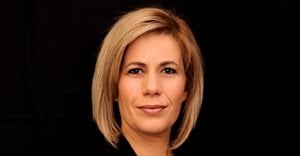