3 Feb 2020 | Email | Print |  PDF
If Africa is to beat the challenges of the next decade and meet global development targets, its governments must foster innovation and provide hands-on education solutions to young people, attendees heard at the recent launch of the 2020 African Economic Outlook. “Reality on the ground and the statistics do not meet, they are on parallel lines. There’s more of cram work in our educational system than actually getting us to think out of the box,” said Monique Ntumngia, Cameroonian founder of Green Girls, a social business that educates young women from rural communities in the use of renewable energy.

Ntumngia was speaking at a panel discussion held during the launch of the African Development Bank’s African Economic Outlook 2020 on Thursday, 30 January. The discussion focused on the theme of this year’s report: “Developing Africa’s workforce for the future”. The bank’s African Economic Outlook, published annually since 2003, provides headline numbers on Africa’s economic performance and outlook.

The quality of education and low literacy need to be addressed urgently. The need for Africans to solve African problems in the context of Africa, is critical, the attendees heard.

Green Girls has provided more than 3,000 households with biogas and over 100 households with solar installations. Ntumngia received the 2019 WWF International President’s Youth award, which recognises people under the age of 30 that promote the cause and impact of nature conservation.

“It’s important that we focus on human capital development,” Camara said. “Free and universal education for both sexes …and we need to strengthen inter-state and inter-regional ties.”

Sharing lessons from Eswatini, an African success story in terms of education, and which ranks higher than the world average in global harmonised test scores, Dlamini said his country had struggled to implement free and compulsory education. The nation now reviews its education curriculum framework every three years to ensure it is meeting the needs of the people.

Overcoming the leadership deficit in Africa

On the African Development Bank’s Coding for Employment Programme, which aims to create 25 million jobs by 2025 while also providing 50 million African youths with the skills needed to competitively navigate the workplace, Ntumngia said: “... teach them smart solutions”.

Berglof commended the report for addressing a core issue on the continent — education, training and skills gaps, which affect youth labour productivity. He called on governments and partners to work on the quality of education and the demand side. “How do we increase returns to education... and develop the broader institutional environment and political stability?” he asked.

For Dr Jennifer Blanke, AfDB vice president for agriculture, human and social development, and the panel’s moderator, the discussion underscored the need for African-led solutions. “Africa is in an amazing position to seize the day,” she said. 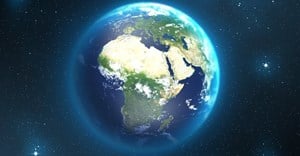 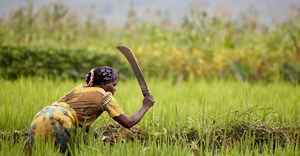 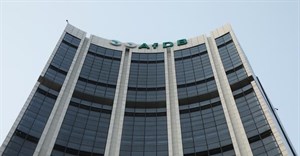 How to create a self-sustaining talent ecosystem22 Jun 2022