5 Jan 2021 | Email | Print |   PDF
By: Regina Honu
The well-known Africa proverb goes, "If you educate a man, you educate an individual, but if you educate a woman you educate a nation." This is further substantiated by the fact that women typically invest up to 90% of their income compared to men (40%), back into their families on education and health which not only benefits communities, but can transform societies. Societies where women are educated and with a higher rate of female participation in the workforce see more economic progress. 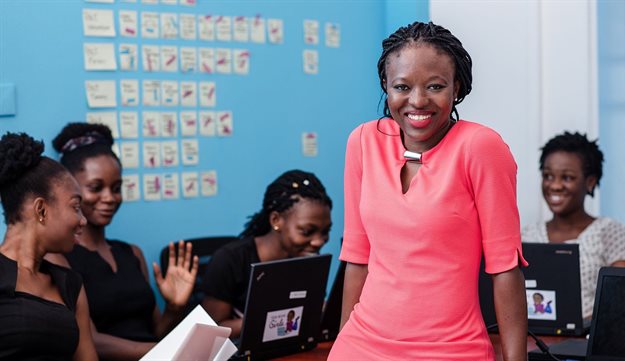 The recent Djembe Insights Report, which looked at innovation in Africa and how it has been impacted by the pandemic, concluded that the continent’s innovation future rests in the ability of African countries to prioritise inclusivity, ranging from gender gaps in terms of entrepreneurship funding, to widespread access to internet, data and digital learning in both urban and rural Africa.

Therefore, closing the gender gap is critical for our future and for economies in Africa to thrive. Women like me who have benefitted from a good education and have a successful career have a duty (if we can) to help those left behind to see and also be part of creating this future. For girls and young women from less privileged backgrounds, rural communities or conservative cultures, it is the understanding that comes through being mentored by a woman that can make the difference.

The power of mentoring itself is indisputable. Young adults who are at risk of falling off-track but have a mentor are 55% more likely to enrol in university. They are better prepared for promotions and have higher success rates once they are able to secure a job. It is proven that they stay with their organisations longer, feel more satisfied with their jobs and careers, and rate higher on performance measures. In the long run, they also have greater impact inside their organisations, are perceived as being more innovative and creative, show higher resilience to setbacks, and have stronger networks.

For many of the more disadvantaged girls, simply building confidence and basic skillsets needed to get the job in the first place is a challenge. That’s why one-to-one mentorship allows girls to see the future through the eyes of those who they aspire to be. Mentoring in this way is an intimate experience that has professional and emotional dimensions. Mentoring, at its core, guarantees young people that there is someone who cares about them, assures them they are not alone in dealing with day-to-day challenges, and makes them feel like they matter. Crucially, it also provides social access and business opportunities for girls and women – it is the proverbial foot in the door.

Women in positions of power have that ability – they have what it takes to lead the way. But as individuals, we need to make the decision to utilise the power that we have earned to mentor and uplift other women. And it isn’t necessarily a one-way stream thanks to the evolution of ‘reverse mentoring’.

A virtuous cycle of opportunity

The concept of giving a mentee the opportunity to input during the process of mentoring is being advanced at the organisation I founded, Soronko Academy, through its ‘reverse mentoring’ approach. The goal is to not only build confidence in the person being mentored, but to empower them to become mentors themselves. A two-way mentoring experience – reverse mentoring – means that those who have been mentored have the ability to go back to mentor other girls and women in their own communities. It is a way of building a culture of mentorship where all successful women are inclined to support other girls and women – a virtuous cycle or ecosystem of mentorship and opportunity.

Creating the mentoring mindset in the mentored is fundamental at Soronko Academy, which is exclusively driven by the need to break down barriers through programmes such as Tech Needs Girls. Classes are available online and offline to widen access to as many girls and women as possible. The academy goes a step further, providing continuous support to young women as they transition to jobs and to the next chapter of their lives. This reflects an understanding amongst mentors at Soronko that as well as mentoring, there is a need for skills development. The very best mentorship programmes can help young girls to acquire the 21st century skills needed to succeed in school and adulthood: how to present, problem solving and critical thinking, financial literacy, digital capabilities and more.

Challenge of finding a mentor

We must note, however, instilling these skills and capabilities as part of mentoring is only possible when girls are able to find a mentor and for too many girls in Africa this is a monumental challenge. In Ghana, girls stay in school for an average of only four years, dropping out as a result of early marriage, pregnancy, poverty, sexual harassment and various other barriers. Adolescent pregnancy statistics from 2017 show that 14% of girls in Ghana aged from 15 to 19 have at least one child. Almost 52% of girls have endured gender-based violence whilst at school, which has deterred them from continuing to attend the school.

Policymakers and the third sector have come together to find solutions to these kind of problems in Ghana. In order to combat gender-driven violence in schools, Oxfam and the Ghana Education Service partnered in 2008 to build girls-only schools that were funded by local authorities. The first girls-only school was a junior high school in the northern province of Sawla, where 28 girls were enrolled from some of the poorest families in the region. The girls-only schools have expanded since, and more than a decade later, in March 2018, there were 44 schools in northern Ghana. Now, the Gender Parity Index shows that in schools in Ghana, gender disparity has almost disappeared.

There remain mountains to climb for many – and it is important for women to remember this. And that is why I believe that it really is incumbent on all successful women to come forward and become a mentor: because when a girl sees in her mentor the impact of success, it has the power to liberate. 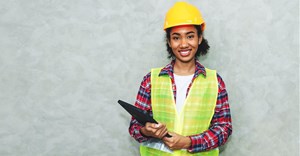 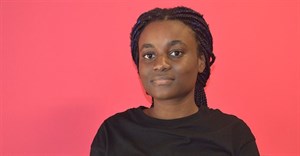 MiWayBecoming resilient: How one young woman made the transition to tertiary education19 May 2022 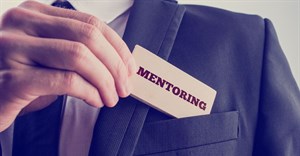