Africa's informal sector can contribute to the formal economy

18 Oct 2019 | Email | Print |  PDF
By: Laurent Lamothe
Africa has a thriving informal sector, but governments are constrained when it comes to regulating this sector so that it can contribute to the formal economy.
However, for most informal business owners registering a business is at best arduous, with a drawn-out application process filled with red tape. Informal business owners play an essential role in the economies of developing nations. They create employment when the formal sector is unable to, which contributes to alleviating poverty and serves as a buffer between employment and unemployment.

Africa is an excellent example of the impact the informal economy has on driving economic growth. The International Labour Organisation (ILO) estimates that this sector contributes 41% of the gross domestic product in sub-Saharan Africa. The downside is that the formal economy does not benefit from this contribution, which results in the undervaluation of the sector, even though it offers tremendous potential for employment and economic growth.

Through the use of technology and innovative finance, governments can incorporate the informal sector into the formal economy, without curtailing its growth or diluting its value. This solution is particularly suited to Africa, as most informal business owners operate their businesses using a mobile device.

Rather than avoiding new technology, Africa has been embracing it. Specifically, the mobile phone, the numbers are staggering. Mobile technology in Africa is the fastest-growing market. Nowhere is the effect more dramatic than in Africa, where mobile technology often represents the first modern infrastructure of any kind. According to the most recent report from GSMA, an association of mobile network operators worldwide, there are 747 million SIM connections in sub-Saharan Africa, representing 75% of the population. By 2020, this number is expected to hit over half a billion, making Africa the fastest growing mobile market.

By placing nano levies on high volume transactions, such as the ones happening on mobile devices, will provide an opportunity for governments in Africa to begin collecting revenues from the informal sector without burdening it with traditional taxes.  The result is that this vital sector can contribute to the formal economy, which translate to positive and sustained economic growth.

African countries are leading the way

In 2013, Tanzania deployed a traffic monitoring system, which gave authorities a technology-based solution to measure and analyse key aspects of the telecoms sector. This system allowed the Tanzanian government to generate additional yearly revenue of approximately 12M$. Rwanda collects revenue owed to it through regular audits and measuring all telecoms traffic, with a focus on fraud management. Ghana conducts similar operations through an interconnected clearinghouse; it aims to provide transparent data on traffic volumes and ensure accurate billing from mobile network operators. The information also provides visibility over the regulatory fees and international incoming traffic surcharges.

One of the first innovative finance initiatives was the international solidarity levy on air tickets (or airline ticket tax). UNITAID distributes the revenues collected through this initiative. UNITAID was established to use the money raised for projects and programmes that treat and care of those affected by HIV/AIDS, tuberculosis and malaria. Jamaica is stimulating entrepreneurship and boosting small business development by financing universal access to the information superhighway through its Universal Service Fund.  Haiti created a comprehensive free education programme, sending 1.4 million needy Haitian children to school free of charge and increasing elementary school attendance.

By combining technology and innovative finance, a significant number of untapped resources are available. These harmless and microscopic contributions on enormous volumes of transactions, when aggregated, create substantial amounts of revenue. In this way, a micro-contribution could make a mega difference, helping governments fast-track development.
NextOptions
›
Email Print PDF

Laurent Lamothe is a Haitian businessman, economist, and politician. Known as Haiti's most successful and longest-serving Prime Minister, Lamothe is a visionary leader driven by a deep sense of global social responsibility. He is a thought leader in social entrepreneurship, impact programs, technology and innovative finance. Lamothe is also a successful entrepreneur who leverages his business and management expertise to develop critical infrastructure in emerging nations. In 1998, at the age of 26, he founded Global Voice Group, which over the last two decades has grown to become one of Africa's foremost technology companies. Resigning as Prime Minister in 2014 Lamothe went on to found LSL World Initiative. The organisation is a global enterprise that provides solutions for governments of emerging countries to overcome debt and achieve sustainable development.
Read more: Laurent Lamothe, Global Voice Group 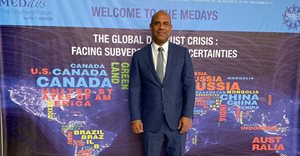 Africa has the potential to be an economic powerhouse18 Nov 2019 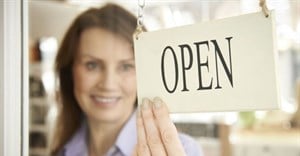 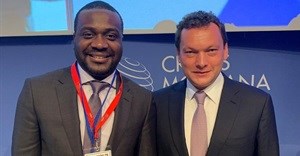