17 Jul 2019 | Email | Print |  PDF
By the year 2050, Africa's population is projected to double, with more than a quarter of the world being African. This will be accompanied by huge economic development trends for the continent which leaders need to prepare for.
These trends include:

2050 sounds like a long way off. But it is just 31 years away. And in that time, Africa’s population is projected to double. We currently account for 16% of the world’s population; by 2050, a quarter of the world will be African.

Professor André Roux, economist, USB-ED faculty member and the head of USB-ED’s post-graduate programme in Future Studies, says, “If we’re 25% of the world’s population, we’re 25% of its consumers. One in four consumers on the planet will be in Africa. The implications of that are huge.” How will this impact the continent’s economic development? What will the Africa of 2050 look like? Roux says no one can make predictions, but we can make forecasts by foreseeing a few potential outcomes. He believes there will be two major game-changers for countries:

He stresses that Africa is far from one homogeneous landmass. “This is a continent made up of 55 extremely distinct countries. So, we shouldn’t forecast the fate of Africa. Rather we need to look at each country individually.”

However, some generalised forecasts are possible. Here Roux paints his picture of Africa 2050:

1.2 billion Africans could be living in cities. Currently there is 400 million urban dwellers (June 2019). 800 million more people will move to the cities in the next three decades. The implications in terms of infrastructure, employment, social welfare and housing are immense. Likewise, food security with a shrinking rural population will need to be in the spotlight.

40% of the world’s under-18s will live in Africa. Our population is big, growing and young. It has the potential to be our greatest asset. However, all the potential benefits of a young population can only materialise if our population is appropriately schooled, and skilled for the challenges of the 4th Industrial Revolution.

Linked to this, we’ll see more and more people (but unfortunately by no means the majority) escape poverty. This will create more middle-income consumers to drive economic growth, activity and development.

Hopefully, we will have found a way to align our education quality to the rest of the world. There are all kinds of reasons why education in Africa is lagging behind. If this doesn’t change, we won’t be able to enjoy the benefits of our demographic dividend. Industry 4.0 (the Fourth Industrial Revolution) calls for cognitive skills. This poses a big challenge, calling for a major makeover of the continental education system. Technological, scientific and managerial skills will be required – but most of the continent currently doesn’t focus on instilling these skills.

By 2030 Africa will have 16% of the world’s internet users (source: Euromonitor International). By 2050? A lot more we can assume. Information technologies and the internet are already changing the lives of millions of Africans in terms of accessing education and mobile money. This bodes well for our continental education makeover.

6. Less dependence on mining and agriculture

By 2050, African countries will need to have transformed their economies to become far less dependent on mining and agriculture. Currently, most countries specialise in one or two natural resources – these form the backbone of their economies. But they extract the raw forms and sell these on to someone else. In this way, in a sense we export our wealth. We’re overdependent on resources and prices are determined by a global force. We need to add value ourselves. That means using what we’ve got, not reinventing the wheel.

The enormous leadership potential of Africa’s young people will, hopefully, have been unlocked by 2050. We will have invested in grooming leadership qualities in young people so they become the leaders Africa needs. Currently, more and more of a younger generation of leaders are coming into power in Africa, with no real first-hand knowledge of the post-independence eras of these countries. These leaders are possibly better versed in democracy; better versed in what it means to be more economically competitive. This is driven partly by the demands of a middle-income youth who want middle-income aspirations.

“There’s no one-size-fits all forecast for the future of Africa’s economy,” says Roux, “But I think the message is one of guarded optimism. Given our youthfulness, the demographic dividend will still be around by 2050 and beyond. This means we still have a couple of decades to prepare ourselves. The risk is if we don’t ensure young people are properly skilled and educated then they will be stuck in unemployment and poverty; they’d have nothing to lose by taking take to the streets and rebelling. That’s the worst case if we don’t get it right.” 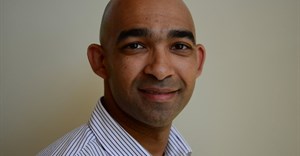 #WorldFoodDay: The move to veganism in South Africa16 Oct 2019 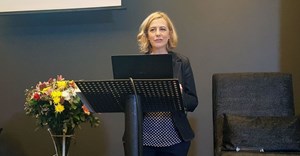 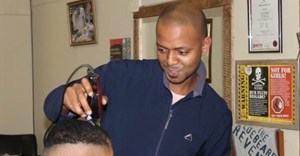 Guarding against greenwashing31 May 2019 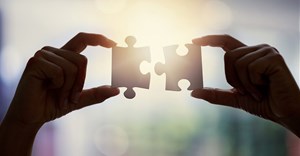 #AfricaMonth: Turning capitalism into Africapitalism24 May 2019 #AfricaMonth: How can brands fuel growth in Africa?21 May 2019