By: Megan Bowman
An ability to embrace the #UntaggableForce will be key for brands determined to flourish in the adapt-to-survive reality characterising global and local consumer markets today.
This was one of the key findings of a cultural insights team at Kantar Added Value which recently interrogated whether and how global and African brands have evolved their approach to marketing to African women.

The Evolving Afro-Feminine study acknowledged that, while they have long been the shoppers, often the household decision makers and more than half of the consumers, it is more crucial than ever before for brands to create for and speak with a modern and emancipated woman in mind.

Through the assimilated input of subject matter experts, consumers and clients, the team identified six clear and actionable principles that suggest how brands could engage and win with the modern African woman.

One of these principles is the expression of African women as the #UntaggableForce: one that’s impossible to define, is everything, and nothing that you expect. The concept of #UntaggableForce is cognisant that women don’t want to be defined solely based on their gender.

Truthfully, women never have but, as a new wave of feminism is ushered in, women are finding clarity in their expression of the changes they demand. They are, across ages, races and cultures, aware of the expectations placed on them and are thrusting off these expectations with vigour.

When it comes to embracing the #UntaggableForce ethos, global brands are leading the charge with bravery and commitment with Brands like Always (Like A Girl) and Under Armour (#UnlikeAny) challenging the stereotypes placed on women through campaigns and positioning that are uncompromising in their confrontation and rejection of gender based limitations.

There have been some bright spots in the South African landscape too – most memorable the social rallying behind Caster Semenya and the surge and size of #handsoffcaster during Rio 2016.

For a local example of how brands have internalised and activated this insight, look no further than the phenomenal work from Audi and the parallels drawn between its new Q2 and Thando Hopa.

Unconventional in her appearance, career and perspective, she is like all women, completely unique: #UntaggableForce

So, what does #UntaggableForce mean for your brand?

When targeting women, brands need to consider the complex layers and interests that make up this gender group. They should be creating rich and nuanced targets that will allow them to craft and create for real women.

One way to do this is to shift target market descriptions out of a demographic paradigm and into a psychographic one. For example, in defining its target market, the brand should use as many words like ‘creative’, ‘entrepreneurial’ and ‘professional’ as it does ‘LSM 7-10’, ‘24-35’ and ‘employed’.

Standard Bank targeted ‘black, creative and urban millennials aged 20-30 at the beginning of their career’ instead of just ‘black millennials’. It’s much easier to conjure an image of this woman and craft a product or solution just for her, than a ‘black millennial’.

2. Capture the real experiences of women

It’s time to stop paying lip service to the acknowledgement that women are more than just harrowed and fraught mother providers, and instead represent diverse realities and true-to-life experiences in marketing and communications.

As a crude illustration, consider the characters served during the ad breaks on an average Thursday night between 6pm and 8pm on SABC3 and MNet. The women were looking after her ill partner, taking a selfie, texting, getting visibly excited about anti-wrinkle care, serving a man dinner, and gushing about pies (yes, really).

And in comparison, the men were wearing a nice suit while driving a nice car, being looked after by his partner, going out on the town with friends, a photographer, braaing, being served dinner (twice), and a store manager.

These are representations that fewer and fewer women can identify with completely. It’s all about encouraging women to craft an identity that is nothing but authentic, based on potential and not expectation or stereotype.

3. Develop products and services driven by real needs of African women by broadening categories to serve the needs of all shapes, sizes and colours

After years of not being accommodated by big manufacturers, women entrepreneurs took things into their own hands and developed brands such as NativeChild, a natural hair and body care brand, formulated for the underserved needs of women with Afro, kinky, ethnic type hair.

There’s also Estella cosmetics, a cosmetic range that sought to fill a gap in the market and offer colours and tones made for people of colour. Similarly, Gugu Intimates filled a gap in the spectrum of ‘nude’ underwear and launched a range of nudes for ‘brown skinned girls’.

In a world where governments are starting to take a stand against the representation of gender stereotypes in the media; in a world where more and more women are looking for brands that believe in what they believe, the ability to understand and truly engage women through innovation and communication will be one of the biggest indicators of success.


Note: #UntaggableForce is one of the six spaces that Kantar Added Value uncovered in its Evolving Afro-feminine thought leadership study.  Five more ‘winning with African women’ spaces were identified and unpacked further. Each space juxtaposes the global reality versus the African nuance, with examples, implications and recommendations for brands to win with this market.
NextOptions
›
Email Print PDF
Follow

Megan Bowman is a senior consultant at Kantar Consulting, a strategic sales and marketing consultancy. She approaches marketing problems through both and art and science lenses with experience crafted through global marketing at Unilever and quantitative market research at TNS.
Don't miss BizTrends2022 - 7 keynote speakers forecast trends shaping business in our region! Register now! 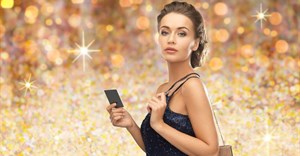 Has the digital era changed the luxury game for good?19 Jan 2018 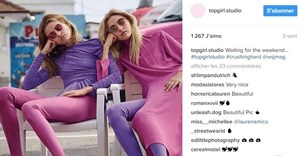 Building your brand through the power of storytelling2 Feb 2017 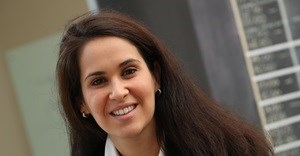 Sensory marketing - What is it, which brands are successful at it?15 Dec 2016 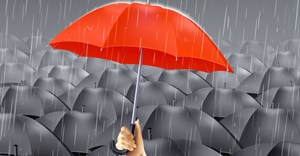 Brand building in recessionary times - is your brand geared to weather the storm?5 Oct 2016