18 Oct 2016 | Email | Print |   PDF
By: Waithera Kabiru
Across Africa, digital and mobile media are transforming the way we do media and media research; Coca-Cola in Africa, for example, has adopted a mobile-first approach to media. In order to do this successfully, we need to make sure that we are focusing on the metrics that deliver value, those which deliver actual best results. Moreover, while Africa may have one of the lowest social media penetration rates globally (29%), the number of active users – particularly of Facebook – is rising fast, as are other platforms like Twitter and Instagram, with about 129 million active social media users on the continent at present (according to GSMA Mobile Economy SSA 2015, Sub Saharan Africa November 2015 Ericsson Mobility Report).

Given that this is the case, why is media investment not in line with the activity that is going on online? If African consumers are spending a lot more time online versus on print or even TV, why is there still an under-investment in online channels?

It may be that we are not tracking the right measurements; that the metrics that we are tracking don’t translate into the bottom line. So, what is it that we need to measure in order to build a business case for increased investment?

Consider the consumer journey that we look at as marketers, the stages of which can be defined as awareness, demand generation, acquisition and transaction, which leads to retention and loyalty (Source: Coke Global Media and Measurement Essentials). At each of these stages we need to measure consumer behaviour to determine how effective the messaging was, for all media (TV, radio, digital and print).

This measurement can capture what the real business outcome was across each of these stages, by looking at metrics such as the incremental lift or attribution of that messaging, as well as reach.

Engagement is not a KPI

On Facebook, only a very small percentage of users online actually engage (i.e., like, share or comment on your content). According to Datalogix and Nielsen, there is no correlation to offline sales or brand health (Source: Coke Global Media and Measurement Essentials).

However, this doesn’t mean that audiences don’t like your content; they will see your communication, but they may not take a certain action. So it can be misleading to focus on likes, comments and shares. This means that focusing on this type of engagement as a key KPI may not be the right metric to measure impact.

Instead, we have to look at a couple of things to determine the metrics which matter, and which platforms to use. The first is time spent on that platform; and the second is the penetration of that platform. For example, radio is a key media, having a very high penetration in most African markets. Print on the other hand, has a very low penetration, and time spent on it is fairly minimal.

While digital has a relatively low penetration (it’s growing, but it can’t compare to radio or even TV in some countries), the time spent by the small number of people online is high –  much higher than time spent watching, say, a TV show.

So it’s a combination of the two: looking at which channels have the highest penetration, and which channels consumers are spending their time on, and combining these. That is why we combine TV and digital, and radio and digital as our strategy for communicating with our audiences.

What we’ve usually done with regard to online media is try to be very precise in targeting a specific audience, instead of going for mass scale to reach a larger audience. This is an advantage of digital: you can limit your messaging to a narrowly defined group, for example 13-19 year olds, who are interested in football, and who live in Harare. However, ultimately this may decrease the number of people impacted overall – as suggested by Facebook’s Facebook white paper ‘Reach Matters: Driving Business Results at Scale, 2016’.

Coke Studio Africa is a TV show that Coca-Cola Central East and West Africa has been producing for the last three years, now entering season four. During season three, which was aired in five countries, running for 10 or 12 episodes (depending on the country in which it aired), we conducted a study to measure the impact of all the mediums used to determine awareness and liking of the show – that is TV, radio, out of home, print, digital and word of mouth.

After each episode, we used Geopoll to poll our audiences in Nigeria, Kenya, Uganda, Tanzania and Mozambique. We wanted to determine the following: awareness of the programme, viewership of the programme (as well as listenership because the show also airs on radio), and whether they liked the programme and had a positive brand impression of the programme.

The survey was conducted over five different countries every week. One of the key findings to emerge was that awareness increased significantly if we asked people if they watched Coke Studio on TV or online, vs. on one medium. This is the “kicker effect” (source: Gayle Fuguitt, CEO and President, ‘The Advertising Research Foundation. Fearlessly Facing Forward: A candid report on the state of audience measurement today’), whereby you get incremental reach when you combine TV and digital, or radio and digital – the strategy we used for Coke Studio. Coke Studio is a TV show, but it is pushed heavily on digital, to the point where we have “first and second screen” messaging – i.e., you’re watching it and what you’re seeing online is complementing what you’re seeing on TV.

The results reported at the end of season three were above target in terms of viewership, awareness, liking the show and having a positive brand impression.

As per Coke’s Global Media and Measurement Essentials, the key takeaways from this are first, that we need to plan for where our audiences are spending more of their time. In Africa, this is really on a few social networks – for example Facebook – and online, where audiences spend time looking for local content, watching music or movies.

Secondly, in Africa, it is critical that content and messaging is formatted and tailored for the mobile experience.

Thirdly, when we’re planning media, we need to be guided by key business objectives. So for CPGs, this would be metrics that result in increase in volumes and brand health, hence the importance of tracking attribution online. The good news is that many online platforms are now seeing the importance of accurate measurement and attribution tracking for brands to be able to measure the effectiveness of their advertising. This is the only way we can see a shift of more investment on digital media, where consumers may be spending more time with brands.

*This article by Waithera Kabiru, Digital Marketing Manager, Integrated Marketing and Communications Coca-Cola Southern and East Africa, is based on a paper that she presented at the recent 17th annual Pan African Media Research Organisation’s (PAMRO) conference that was held in Zimbabwe, near Victoria Falls this year. The theme of the conference was ‘Africa media research in a globally connected world’. 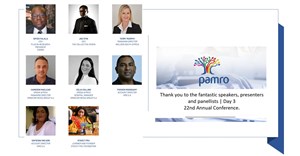 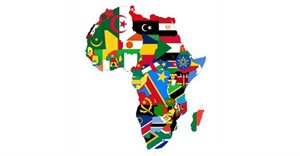 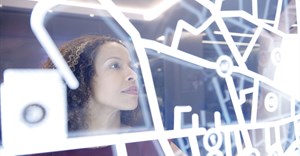 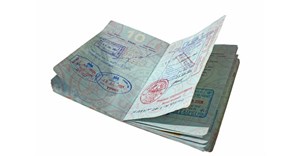 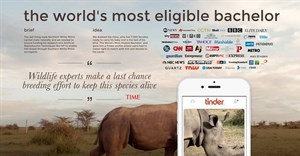 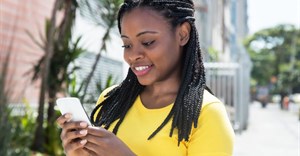 #Pamro2017: The reason African Lions is a critical research study for Africa29 Aug 2017