By: Thabani Khumalo
The latest research by Municipal IQ showed that service delivery protests were on the increase across the country, with 113 I the first half of 2012 compared to 2 in 2006. This year also accounted for 22% of all protests recorded since January 2004.

As SA's public appears to become increasingly consumerist, giving rise to the potential development of the 'political consumer', marketing intelligence is supposed to be adopted in various forms and guises by political parties and governments, particularly municipalities. Since 5 July 2004 (Diepsloot protest) to date, angry residents thronged to protest, accompanied by violence and vandalism against insufficient service delivery by government and lack of good governance by municipalities.

Impoverished communities use protests to put pressure on municipalities to delivers to its election promises, and to meet their local needs and challenges. Such protests have tarnished municipalities' reputations, and as a result they no longer command public confidence, trust, support and acceptance. Such circumstances demand that they turn to political marketing as a means to better understand and service their 'market' or residents. The fact of the matter is that political consumers have become more cautious and critical against simply accepting political rhetoric, political offerings and development that do not address their local challenges.

Marketing is the hottest concept within the competitive global markets not only for the multi-million wealthy global business brands but for political brands who want to run administrations that deliver citizens friendly services. The idea of a political system that meets people's needs, demands and expectations links back to traditional politics. When establishing the Convention People Party in 1949, Ghana's first President Kwame Nkrumah's instructed party leaders to 'Go to the people, live among them, learn from them, love them, serve them, plan with them, start with what they know, and build on what they have...for the masses of the people form the backbone of our Party. Their living conditions and their welfare must be paramount in everything we do. It is for them in particular, that our party exists." Since then, political marketing has permeated the political space, potentially transforming politics and public governance into being dictated by community needs, demands and aspirations, and ultimately improving the delivery of the political and government offering to citizens.

Political marketing, a pillar of democracy

Political marketing is not just about election campaigns, but delivering services to citizens as promised in the manifestos and expected from government. Political marketing is about managing political parties as brands, entrenched democracy, relationships between political elite and ordinary people, sound governance, and the delivery of development and services that are inclusive, acceptable, accessible, affordable and sustainable. It delivers benefits that are very similar to the pillars of democracy as it provides citizens with information, offers choices, engages voters, promotes inclusivity and mutual exchanges with voters and citizens. Through political marketing, political parties and governments develop policies and programmes that satisfy citizens and voters' needs and improve their welfare. It therefore helps politicians to manage citizens not as occasional voters, donors, and taxpayers but as their customers.

There is a substantial and growing demand for municipalities to match their policy "products" with citizens' requirements, needs, skills, expertise, experience, and aspirations, and therefore the use of political marketing tools have to be the central part of municipalities' turn around strategies. Improving municipality's service delivery is essentially a political process which requires a good understanding of residents' needs and demands through marketing intelligence, i.e. identifying the market, understanding its demands and behaviour, segmenting the market, and responding appropriately. The relationship between political marketing and municipality can strengthen local democracy, which in turn complies with the principles of good governance, namely effective communication, competitiveness, transparency, accountability, inclusivity, and productivity. It can also strengthen the customer care principles as expressed by government's Batho Pele (People First) Programme.

There is a growing pressure on municipalities to accelerate the delivery of needed services. If political parties have realised the power of political marketing intelligence within the perception and opinion dominated political space, why are they not incorporating it in local government practices? If the realms of local government can be based on sound marketing principles and practices, municipalities would be delivering services as expected, enjoying a cordial relationship with residents, and there would be no destruction of public resources and violent service delivery protests which have left the local government brand bruised, battered and buried in maladministration, irrelevance, corruption and incompetence.

Thabani Khumalo is a researcher, writer and commentator with various radio stations and newspapers and MD of Think Tank Marketing Services, a marketing, communication and media consultancy. Contact him on +27 (0)83 587 9207, tel +27 (0)31 301 2461 or email ten.asmoklet@dtsy.smtt. 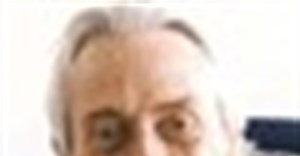