29 Dec 2011 | Email | Print |  PDF
The International Federation of Journalists (IFJ) has condemned the jail sentences that were handed down today by a judge in Addis Ababa to Swedish journalists Martin Schibbye and Johan Persson. 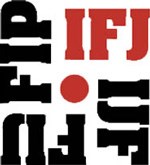 The pair were both sentenced to 11 years in jail after an Ethiopian court last week convicted them of entering the country illegally and supporting terrorism. Both men admit they entered Ethiopia without permission but strenuously deny any accusations of supporting terrorism.

The journalists were in the country to investigate the human rights record of the oil industry in the region. They were specifically interested in Lundin Oil, a company in which the Swedish foreign minister Carl Bildt was on the board and a shareholder, before becoming a minister.

The fight will continue

"This is a devastating blow to press freedom in Ethiopia but we are determined to pursue the fight for our colleagues' freedom," said Jim Boumelha, IFJ president. "This sentence is all about cowing independent media into submission to government's control and it is preposterous to even suggest these journalists represent a danger to peace and security."

According to media reports, the president judge in the case of the two journalists, Shemsu Sirgaga sentenced the journalists to 11 years in prison, saying that the sentence "should satisfy the goal of peace and security."

Prosecutors had asked for 18 years in prison for the pair.

The IFJ strongly criticised last week's verdict and joined the EFJ and the Eastern Africa Journalists' Association (EAJA) in demanding the journalists' release. Two other Ethiopian journalists were also on trial for terror charge and they are still awaiting the court's decision.

The federation plans to mobilise its members and partners in Africa and Europe in the new year with a view to giving a high profile to this case and maintaining pressure on the authorities in Ethiopia to review this ruling and the detention of the Ethiopian colleagues and release them. 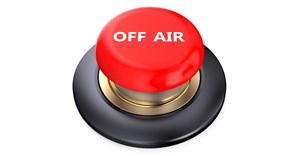