By: Louise Marsland
How does ‘going digital' in the television market affect content and viewership patterns? Kui Kariuki from Ipsos Kenya unpacked what happened with Kenya's digital migration process, in a presentation to the annual conference of the Pan African Market Research Organisation (Pamro), which takes place in Cape Town this year.
Kariuki said there was lots of debate as to the role of content in a more fragmented media space after digital migration in 2015 in Kenya, including whether clients and agencies were informed about the implications of moving advertising dollars from traditional above-the-line media to an evolving digital space.

Some of the expectations they had:

Although there were fears that the cost would put off consumers, set-top box purchases increased among daily television viewers, as did the incidence of viewership. Government actually introduced free set-top boxes, but ownership did increase by 48% after digital migration.

Of key importance was that vernacular television stations remained in the top 10. Stations with low reach were pushed out of the top 10. Vernacular stations follow largely the same program schedule as top three TV stations with news and soapies dominating popular content at prime time viewing.

How much platform can affect content ratings showed that with some content, platform overrides content. An example was the Coke Studio programming, which, when it was moved to another channel, increased ratings.

Is content really king, asked Kariuki, as consumers didn’t switch stations for similar content, but stayed on their favourite channels. But, DJ Afro movies on Gikuyu TV, showed huge ratings, so for newer television stations, they can repurpose content and older movies in a unique way to gain audience share, as DJ Afro has done with old Kung Fu movies.

Radio is still king in the media space in Kenya, said Kariuki. There has been a significant drop in listenership’s of English radio, as well as Swahili as audiences move online. But vernacular radio is still relevant as it speaks in your ‘home’ language and about issues relevant to communities.

And this is where content is king, said Kariuki. Organic content creation in the media space is the sweet spot and brands are able to jump on that, she said referencing several examples where memes went mainstream, with brands cashing in.
One example was #Githeriman, a photo of a voter in a queue munching on the traditional Githeri dish of maize and beans, out of a plastic bag. The meme went viral, easing tensions in the recent highly charged elections in Kenya, and #Githeriman found himself inserted into pictures with everyone from political leaders such as Trump, to celebrities and famous television scenes in Game of Thrones.
Brands soon jumped on board after the media tracked him down and identified, him, involving him in brand conversations from teeth whitening to technology.

Despite the fact that traditional media channels like radio and television are still doing well in Kenya, daily media consumption habits have changed, said Kariuki. The mobile phone grew by 84%, and the internet by 500% since 2007. All other media types have dropped.

For brands to remain relevant with audiences, Kariuki advises:

“The nuances of trends need to be understood so brands don’t miss the mark. Co-create with your consumers, make them part of your brand. Ecobank Fintech Challenge, for example, got customers involved in creating a product for the bank," explained Kariuki.
Follow 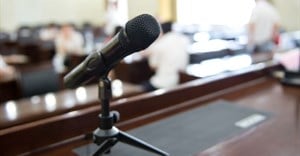 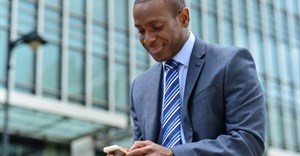