Bloomberg.com/Africa will combine the resources of Bloomberg's more than 100-strong editorial team across seven bureaus in Africa, as well as Bloomberg’s global team of more than 2,600 reporters and analysts. It is the latest in a series of regionally-focused editorial platforms built to serve the growing audience of business and financial consumers seeking stories on global markets told through a local lens.

Speaking at ABMI 2016 in Kenya, Smith said: “Our mission is to build the leading multi-platform global business and financial media company and delivering more relevant stories to our global audiences via localised platforms is central to our strategy. In the last year, we have launched regional sites in Europe, Asia and the Middle East, re-launched our Japanese language website and entered into an ambitious multi-platform partnership in India. We are excited to now expand our reach across Africa's vibrant and growing economies."

"Africa is playing an increasingly significant role in the global economy," said Antony Sguazzin, managing editor Bloomberg, Sub-Saharan Africa. "With the launch of this dedicated regional digital platform, we are establishing a home to showcase the best of Bloomberg's rich content on the people, companies, politics and economies shaping the continent."

Bloomberg.com/Africa will be powered by Javelin, Bloomberg Digital’s new article and template design that was unveiled recently with the launch of Bloomberg Technology. Javelin provides a significantly improved user experience, reducing page load time, which is critical in delivering a faster mobile experience for a largely mobile-driven African audience. Bloomberg.com has seen impressive growth in the region in mobile - in the last three months, the site has seen +23% growth in mobile unique visitors compared to the same period last year.

The best of the new edition's content will be fed to a dedicated Africa Twitter handle @BBGAfrica. Bloomberg will continue to explore the addition of Africa-specific products to expand its reach to this important growing economy, and where appropriate, seek partners to help scale Bloomberg’s reach across the continent.

Bloomberg has accelerated its global expansion in 2016. The company will continue to leverage its multi-platform distribution, strong global brand, technological assets and editorial resources around the world to grow aggressively in 2017. In 2016, Bloomberg Media’s total revenue year-to-date through September is up +8% compared to the same time period last year.
NextOptions
›
Email Print PDF 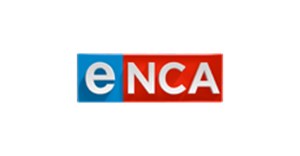 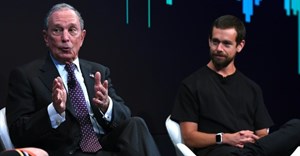