14 Jun 2021 | Email | Print |   PDF
By: Busani Bafana
Senamiso Ndlovu, 32, is a smallholder farmer with big food production dreams. The seed of her farming ambitions is the growing urban food demand. She has ramped up production of green peppers, butternut squash, tomatoes and cucumbers to meet growing demand for fresh produce in Bulawayo, a sprawling city in Zimbabwe. Ndlovu, who runs a family farm and is studying for a Master’s degree in Agribusiness, says she is happy to keep city consumers fed, but wants a slice of the African food market. The recently launched African Continental Free Trade Area (AfCFTA) could be just the market she needs.

“I have eyed selling my produce in Kenya, for example, which is a competitive market, and I cherish a bigger market in Africa,” explains Ndlovu.

For Ndlovu, the export market in Africa is an exciting prospect to grow her agribusiness and learn new business ideas to innovate.
Breaking into the local market has been tough. She has had to borrow money at expensive rates so as to triple her current production to meet large orders and raise quality standards.

Marketing to the world is even tougher; there is thick red tape in getting the paperwork to export, meeting stringent phytosanitary conditions and guarantees of supply, not to mention upfront finance for production. Selling to Africa will change the food game, she argues.

“Smallholder farmers need to be in consortia now to be able to aggregate their produce to supply foreign markets,” notes Ndlovu.

Agriculture contributes about 30% to the continent’s GDP, according to the African Development Bank (AfDB).

The impact of Covid-19 has exposed the weakness of the current food systems as nations closed borders during lockdowns, constraining food imports and exports but starkly revealing an opportunity for Africa to trade with Africa under preferential trade terms.

Through the AfCFTA, a trade block to tackle low trade and high unemployment has been launched. It promises to get more Africans buying, eating and wearing ‘Made in Africa’ goods and services at an affordable cost.

Big irrigation projects in Africa have failed to deliver. What's needed next

Africa is importing over $50bn worth of food and most of it from outside the continent. The AfCFTA has implemented a benchmark and trade targets, which is almost a quota system for Africa.

“We have broadly defined food, and we can start by what we are capable of producing in an environmentally friendly and sustainable way,” Prof. Sibanda told Africa Renewal, emphasising that setting trade quotas should be used as a stimulant for internal competition and comparative advantages for African countries.

“The root cause of Africa’s high food import bill has been poor policies that have not incentivised farmers and not stimulated local production,” Prof. Sibanda says.

Prof. Sibanda is urging governments to go back to the drawing board and evaluate production costs while identifying the comparative advantage for Africa.

“The Africa we want is an Africa that brings dignity to Africans,” Prof. Sibanda said, adding that there can be no better way to restore dignity than through an AfCFTA that is not into monopolising trade but showcasing to the World Trade Organization that Africa can negotiate deals to its advantage as a block.

The private sector must tap into Africa’s agricultural potential by solving food supply challenges through facilitating flexible payment terms for agro-dealers to improve input purchases. McKinsey recommends the development of partnerships to mitigate the risk of default.

For example, the African Fertilizer and Agribusiness Partnership (AFAP) has provided a first-loss guarantee to fertiliser suppliers to extend payment terms to agro-dealers in Tanzania, contributing to an approximately 35% increase in fertiliser sales.

Africa Green Revolution Forum (AGRF) managing director Debisi Araba tells Africa Renewal that technologies and systems that improve the efficiency of the movement of goods and the transmission of information and transactions are an exciting prospect for Africa.

Startups like Lori Systems and Kobo360 are utilising big data and other information analytics to improve the efficiency of the haulage sector, mapping demand and connecting them with much-needed supply services, Araba says.

Kanayo Nwanze, CGIAR special representative to the UN Food Systems Summit, believes Africa was not always a net food importer because its agriculture contributed more than 60% of GDP before the 1980s.

Today, it is a net food importer after disinvesting in agriculture in favour of mining and fossil fuel-led industrialisation, Nwanze says. 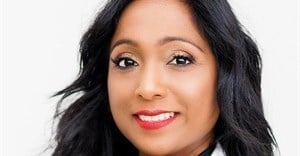 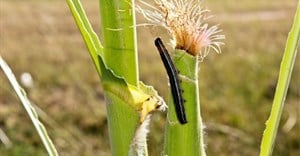 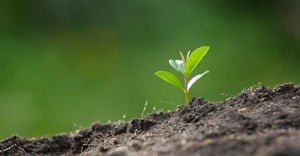 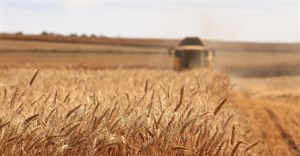