By: Geoffrey White
A number of macro trends are delivering unhindered economic progress on the African continent, driving momentum and positioning Africa as a significant component of the world market. Global CEOs are increasingly turning to Africa for growth opportunities, as the continent's young population and rapid rates of digital adoption offer immense potential. But for the logistics industry, barriers remain, including patchy infrastructure and the lack of high-quality warehousing. To fully comprehend what will happen in Africa over the next year and beyond it is important to understand the convergence of a number of elements that, collectively, are aligning and driving the momentum across the continent.

Africa – South, East and West – will become a major energy producer in the next decade, spreading the producer countries beyond the historic centres in Nigeria, Angola and Equatorial Guinea to the majority of countries. New discoveries in Mozambique and Tanzania will establish East Africa as a world-leading source for liquefied natural gas (LNG).

World-class developments in the west in Ghana, Côte d'Ivoire, Mauritania, Senegal and the DRC will ensure Africa becomes not only fuel self-sufficient but also a major net energy exporter. The hundreds of billions of US dollars in foreign direct investment that the industry is attracting and the jobs and prosperity it will generate are game-changers for the continent.

Africa has 60% of the world’s naturally irrigated, but unused, arable land. With a global population growing from six billion to nine billion by 2050, and the upscaling of subsistence diets, African agricultural output will become an essential supply source to meet the expanding demand for food.

Africa is expected to be a globally significant producer of agricultural outputs, and the world will be dependent upon it.

Demographics and the impact of youth

Today, Africa has a population of 1.3 billion people, 75 % of whom are under the age of 30. By 2050, the population is forecast to reach 2.5 billion people and Africa will have a workforce that is larger than those in China and India combined. This youthful population is well-connected and open to change: there are already 800 million cell phone users on the continent, twice as many subscribers as the USA.

These increasingly dynamic and consumption-hungry young people are rapidly migrating from an agricultural rural subsistence lifestyle to burgeoning African cities looking for jobs and prosperity. Africa will have six megacities of more than 10 million people by 2030 and cities like Lagos and Kinshasa will be amongst the largest cities on the planet.

This growth in mobile connectivity and access to information has helped to drive growing sophistication in the working population resulting in a flourishing democracy, a significant reduction in conflict and a quantum leap in political stability.

One of the most encouraging and enabling trends on the continent is the ease with which Africa is not just adopting but inventing digital disruption.

For example, as a result of the number of unbanked in the population, combined with minimal government bureaucratic interference, Africa was able to become a global leader in mobile banking with m-pezza, the Kenyan based mobile banking system that has now been licensed and replicated from Africa into the developed world. Fifty-seven percent of the world’s mobile banking wallets in use globally are in Africa. The introduction of 5G in Africa is well underway, with global providers such as Huawei, Nokia and Ericsson now rolling out contracts.

The continent has an expanding myriad of technology incubators, sponsored by global players such as Google and Reuters who recognise the impact such a young, open-minded population can bring. Senior executives from Microsoft, Facebook, Alibaba, Alphabet, Airbnb and Twitter are regular visitors, not only focusing on market opportunities but also on accessing the spate of innovate start-ups coming out of the continent.

E-commerce in Africa is nascent, but the acceptance by big business of the unstoppable speed and scale of the potential rollout of e-commerce is already having an impact on the retail decisions being made across the continent and changing the plans for the coming decade to align with the e-commerce opportunity.

From a logistics perspective, the on-going urbanisation of the continent, combined with the associated rising prosperity in the population and burgeoning middle class, is predicted to drive a significant increase in the demand for goods.

Warehousing: A foundation for economic growth

Fast-moving consumer goods consumption is forecast to grow exponentially and efficiencies that are being adopted in the market – from new technology disruptors and one-stop borders, to the opening of trade via initiatives such as the African Continental Free Trade Agreement – are the much-needed foundations for rapid growth. The commercialisation and the economic development of the continent will need infrastructure to support the progress.

Commercial real estate, such as international standard warehousing, is an essential part of the infrastructure required to meet this new demand. Whether for storage, distribution, e-commerce fulfilment centres, packaging, local manufacturing, oil and gas services or agri-processing, the demand for warehousing infrastructure to support this new growth from both the expanding local SMEs and the global corporates now moving into Africa is demonstrably strong and underserved.

Ecommerce fulfilment requires four times as much warehouse capacity than traditional logistics, and the majority of warehouses available in Africa do not match the requirements of the market.

Africa is perfectly aligned with the Fourth Industrial Revolution (4IR) and "internet of things" (IoT) technology, and is readily embracing global trends towards local batch manufacturing and 3D printing solutions.

As a result of these dynamic demand shifts on the continent, engagement in Africa is becoming an important part of the agenda for an increasing number of global companies in their next decade of business planning.

This is driven not only by the opportunities created by such a large, young population and their freedom and ability to adopt changes rapidly, but also by the contrast of many traditional markets that have ageing, declining populations, are set in their ways and are in no real hurry to adopt new and disruptive technology.

While drafting their strategic plans for the coming decade, global CEOs are focusing – many for the first time – on how to engage with the African opportunity in the hunt to deliver growth.

Geoffrey White, CEO of Agility Africa, is an expert on infrastructure development, retail supply chain and investment in Africa. Agility, a leading global provider of integrated logistics and related infrastructure, has $5.1bn in revenue, 26,000 employees, and offices in more than 100 countries. He is a member of the Agility Strategic Advisory Board as well as an active member and contributor of the forum's Africa regional business council. 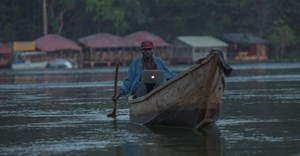 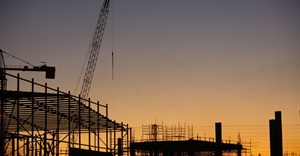 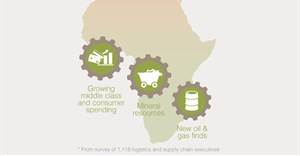 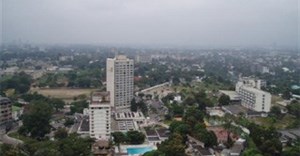 Lonrho Hotels to manage Grand Hotel Kinshasa6 Feb 2012
Republication of selected Bizcommunity content for non-commercial purposes is allowed if the original article is linked to with "Source: www.bizcommunity.com". Please click here for more information and to request permission.
Let's do Biz