Covid shutdowns exposed flaws in Uganda's transport system: How to fix them

4 Apr 2022 | Email | Print |  PDF
By: Astrid R.N. Haas
Uganda has lifted the last remaining Covid-19 restrictions on economic activity. This allowed boda-bodas (motorcycle taxis) to fully operate again beyond their 6pm curfew. The past two years saw restrictions on boda-bodas as well as other forms of transportation, such as 14-seater minibuses, which make the bulk of the city's paratransit operators. They provide the primary form of public transportation, as in many other African cities. The minbuses and boda-bodas operate with minimal government oversight and regulation. Source: Antoine Plüss via Unsplash
Covid-19 lockdown regulations, during this period, have oscillated between full bans on all types of transportation to specific measures instituted on paratransit providers. This included requirements to operate at only 50% capacity and curfews. There was also more general implementation of standard operating procedures.

Uganda was by no means the only country to impose increased restrictions on public transportation. Particularly at the initial stages of the pandemic, transportation was one of the areas where governments across the globe imposed some of their heaviest responses. This was in an effort to prevent the physical transmission of virus between people, within countries and across borders.

However, Uganda’s repeated full bans on transportation, which severely restricted movements within the country, was a heavier response than in most countries.

Through these bans, however, it was possible to measure and therefore understand the direct impact transportation is having on carbon emissions and air pollution, particularly in Kampala.

Prior to the pandemic, Kampala’s air pollution was among some of the worst in the world. At times the air quality index was over six-times higher than the World Health Organisation (WHO) guidelines.

As the transport ban set in, the impact on air quality was immediate and significant. Sensors across the city began measuring improvements between 40% and 60%.

The immense impact of transportation on air pollution is unsurprising. Kampala is a city that doesn’t have an efficient mass public transit system. Instead, transport is provided by a growing number of low-capacity vehicles. Many don’t meet emissions standards. This is exacerbated by the fact that 70% of the approximately 2,110 KM of road surface in Kampala remains unpaved contributing to the air particulate matter.

These roads also lack adequate drainage. They flood during the rains, preventing vehicles and pedestrians alike from traversing.

This means that Kampala’s current transportation system not only contributes to the country’s carbon emissions and climate change. It is also not able to sufficiently withstand the resulting effects.

Both as a resident of Kampala, as well as in my capacity as a researcher working closely with a number of city governments in Uganda and across Africa, it is clear that given the rapid urbanisation that is taking place, introducing improved mass public transportation is one key to unlocking the economic benefits of cities.

Opportunity to bring in low-carbon options

This notion of resilient transportation has once again been thrust into the spotlight as governments consider how to “build back better” post-pandemic and contemplate what their new normal will look like.

There is no common definition of what resilience should look like when it comes to transportation. But it is often considered in the context of withstanding climate-related hazards and disasters.

Central to this is establishing attractive low-carbon mass public transportation systems that incentivise people away from using private vehicles.

The Covid-19 pandemic, however, highlighted another important facet in which transport needs to become more resilient: how it services and serves people. This is particularly true for the most vulnerable people living in cities like Kampala who rely on transportation for their livelihood. On a normal day, it is estimated, for example, that the paratransit sector in Kampala serves upward of 2 million commuters between their place of residence and their jobs.

Even before the pandemic the lowest income residents of the city were spending nearly 40% of income on two trips per day. The regulations allowing buses and taxis to operate at only 50% capacity during the pandemic led to significant increases in fares. They rose by 25% after lockdown and almost doubling during the Christmas season.

At the same time, Kampala’s residents experienced the sharpest spike in poverty associated with the lockdown measures. As such it is highly likely that for many of those in the lowest income groups, transportation in the past years has become wholly unaffordable, further limiting their access to economic opportunities in the city.

And it is not only the transport users. With an estimated over 21,000 taxis and over 200,000 boda-bodas operating in Kampala pre-pandemic, providing a variety of jobs, the paratransit sector is also an important livelihood for many urban households.

This was, however, already a precarious livelihood as surveys done prior to the pandemic (see table) showed.

Many of those operating taxis and boda-bodas do not own their vehicles and therefore earn a daily income, after having accounted for renting their vehicles and other diverse costs. The income they earn is not only low but can fluctuate significantly depending on factors such as congestion. The regulations imposed as a result of the pandemic cut into these earnings significantly.

Recently, this has been compounded further by higher fuel prices. The rises are also perhaps the unintended, consequences of Covid-19 regulations on transport: until recently, lorry-drivers at the border had to undertake, and wait for the results of, Covid-19 tests. This resulted in over 70km of traffic at the border with Kenya, which included the lorries delivering the fuel to the city.

Key components to fix the problem

At an estimated average daily travel speed of 18.6km/h on Kampala’s road, the city is losing around US$1.5m, or the equivalent of 4.2% of the Greater Kampala Area’s daily GDP, in lost productivity daily. Therefore, it is clear that, even without the impact of Covid-19 regulations and lockdowns, Kampala’s current transport system is not working to the benefit of its users, its operators or the government. It is not a transportation system that is providing a mobility service. Nor is it able to unlock the connectivity and thus productivity benefits of urbanisation.

Therefore, Kampala needs to urgently consider how to introduce a viable mass public transportation system. This includes considering both how to reduce the impact on climate as well as the system’s resilience to acute shocks and chronic stresses of climate-induced changes.

However, equally, as important, the Covid-19 pandemic has also highlighted the strong need to think about resilience in a much broader way. It should also include the effects on people, particularly the most vulnerable urban residents, who rely on transportation for their well-being as well as their livelihoods. 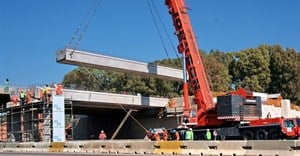