14 Aug 2008 | Email | Print |   PDF
Music lovers, musicians and revelers need to head for the Tafelberg Tavern in Gardens, Cape Town, for Zimfest '08 on 6 September 2008. The festival is based on a simple concept - plenty of excellent music by South African bands will entertain party-goers and the proceeds will go toward humanitarian efforts on behalf on the people of Zimbabwe, living in South Africa. 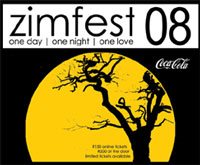 With Overtone Music as its main sponsor, the Zimfest '08 lineup includes Freshly Ground, The Rudimentals, The Dirty Skirts, Ike Moriz, New Altum, Matthew Gair, The Little Kings, Tristan Waterkeyn, and Coda. This big bash on 6 September will be preceded by a series of events around Cape Town.

Humanitarian efforts are being channeled through the charity organisation known as PASSOP (People Against Suffering Suppression Oppression and Poverty). This organisation is focused on assisting the ever increasing number of refugees that are streaming into South Africa from countries north of its borders, most notably from Zimbabwe. PASSOP aims to offer practical assistance in the form of short-term shelter, food and clothing, until these displaced people can be integrated into communities via their application for asylum status, which will give them the legal right to be in South Africa. The recent xenophobic violence in South Africa has increased the need for these emergency provisions, as well as highlighting the need to educate people with regard the plight of refugees as well as basic rights of all human beings. PASSOP will be tackling these issues as well.

Zimfest '08 also supports The Zimbabwean, a weekly newspaper and online publication that is produced by a team of dedicated professional Zimbabwean journalists. The paper is printed in South Africa and distributed throughout South Africa as well as in Zimbabwe. It is estimated that some 25% of Zimbabwe's population is living outside the country's borders, and it is hoped that through The Zimbabwean, these refugees will not only be made aware of the efforts being made by ordinary people to alleviate the suffering of their fellow man, but will have the opportunity to tell their own stories through the pages of this widely distributed journal. To this end, The Zimbabwean invites interaction from all who are interested in the plight of displaced Zimbabweans, as well as Zimbabweans who have remained in their country, but face many difficulties.

Zimfest '08 UK, which supports the ideals and goals of Zimfest '08 South Africa, is set to take place at the Prince George's Playing Fields, Raynes Park, London on 30 August 2008. 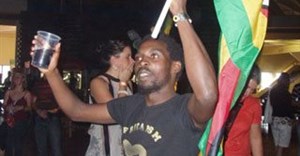 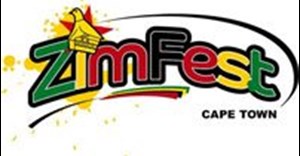