5 Mar 2009 | Email | Print |  PDF
Until recently the Internet in Africa has been the poor relation to the much more successful spread of mobile phones. The experience of Africa's Internet with dial-up connections has been like trying to eat a meal by sucking it through a straw. It's been slow and expensive for the individual user so it's hardly surprising that it has thus far only attracted a relatively small band of users compared to mobile phones.
All this is about to change over the next three years, according to Balancing Act, the online publishing and consultancy business, as the number of broadband subscribers is set to triple. Operators are about to start to market the service to individual consumers and begin to offer Triple Play bundles, a service offering voice, Internet and television and film programming for a single price below the overall price of buying three separate services.

A number of factors are driving this shift in how the Internet in Africa will be sold to consumers. By the middle of next year, considerably cheaper international fibre prices will come to East Africa and their impact will spread out across the continent starting in South Africa. New fibre projects will compete with the monopoly-controlled SAT3 that already connects West Africa to the world. Cheaper international prices will mean downward pressure on national backbone prices.

It will be impossible for operators to maintain high national wholesale rates alongside much cheaper international rates over much greater distances. An increasing number of African countries are legalising VoIP which allows the delivery of IP voice services over broadband. Increased competition in the Pay TV market is opening up access to TV and film programming rights for operators. All this lays the foundation for much faster retail broadband services and the possibility of delivering genuine Triple Play bundles in Africa.

This week sees the publication of the second edition of African Broadband, Triple Play and Converged Markets (the first edition was in 2005), a comprehensive 155+ page report that contains both consumer and industry data covering the key issues that will emerge as broadband growth takes off. The consumer data covers key questions from national and urban samples in 24 countries from both the high and low-growth markets.

The new Triple Play bundles will be targeted at Africa's middle classes in their homes and from the consumer survey data in the report, it is clear that a small but growing proportion of Africans have access to PCs at home.

According to one of the report's author's, Balancing Act's CEO Russell Southwood: "In terms of communications technologies, Africa is increasingly becoming a two-track continent. There are the countries where a combination of policy, regulation and investment are producing fast-track changes of which faster, cheaper broadband and Triple Play are one result. And there are those slow-track countries where the attitudes of government, regulators and operators are shutting out investment in newer technologies like broadband."

For as the chart below shows, broadband penetration in Africa is lower than what would be expected on the basis of GDP per capita. One explanation of this pattern is that broadband services were simply launched much earlier in OECD countries, and African countries are further behind on the take-up curve.

Consumer data in the report from countries with higher numbers of broadband users show that once a relatively cheap and much faster service is available, users make more use of the Internet on a daily basis and shift from checking their email and looking at a limited number of websites to doing things like listening to radio over the Internet and downloading films and music.

Alongside these changes in behaviour, it is also becoming clear that the Internet in Africa - particularly again in countries with relatively higher levels of broadband penetration - is becoming a media that is beginning to compete for African consumers' attention along with newspapers, radio and television. African newspapers, which are small circulation and expensive to produce, charge disproportionately high advertising rates and some may become vulnerable to advertising competition from the Internet over the next three years. 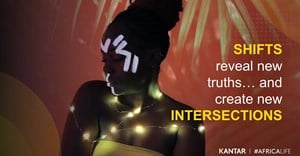 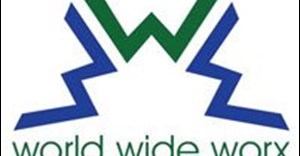 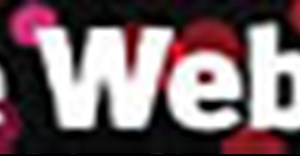