Will the Apple Watch find a ready market amidst rising Africans?

By: Golden Muzanago
When the Apple Watch hits the market in 2015, Africa's verdict on the watch will count more than ever before. The continent, now dubbed the 'New Business Frontier' due to its booming economy, is emerging to be the fastest growing mobile market in the world with incredible statistics coming out of Africa's economic star performers.
Nigeria for instance had a Facebook population doubling every three months in 2013 while Kenya was among the top three tweeting nations globally. With the developed world becoming an oversaturated market for mobile phones and carriers cutting subsidies on models of new phones in China, Africa now offers key opportunities that phone makers cannot afford to brush-off.

The current crop of smartwatches are not standalone - they work when tethered to smartphones. Smartphone penetration therefore correlates to smartwatch market size. Africa's smartphone penetration is estimated to be between 12% and 18% and is set to double within the next four years. Precise smartphone ownership figures are unavailable as substantial numbers of the gadget get sourced informally.

18% of Africa's 1 billion people translates to 180 million people. And when a projected global smartwatch to smartphone attachment rate of one to twenty (i.e. the number of smartphone owners that will purchase a smartwatch to complement their phone) is factored in, Africa's smartwatch market size is 9 million. Not exactly a mouthwatering figure, but in view of the growth numbers, the continent is now the best place to be - even for Apple. In the case of Apple, which is known to target premium users, the above size has to be moderated downwards.

Lowermost is a marginal subclass which spends $2 to $4 per day and can easily slip back into poverty. This subclass will not matter to Apple as the Apple Watch is beyond the group's reach. Priced at $350, the watch can easily cost $1000 when it hits the African retail market and considering that it has to be attached to an iPhone costing nearly $1,200, the outlay is just impossible for many. It's the middle and upper subclasses of Africa's middle class spending in excess of $10 a day that will have a say on the performance of the Apple Watch on the continent.

Apple is late to the smartwatch game - same as in the case of the phablet category which it only entered in mid-September 2014, well behind its biggest rival, Samsung. This is atypical of Apple - a renowned innovator and initiator of categories during the time of Steve Jobs. Will Apple find the African smartwatch market taken?

Samsung, LG, Motorola and a host of other players have already introduced smartwatches on the market - with Samsung commanding about 25% of the market globally. The category has however received a lackluster reception on the market and is still in a slumber. On its side, Apple appears to be unfazed by competitors' early entry to the category - with one of the Apple executives remarking that "One of our competitors is on their fourth or fifth attempt, but nobody is wearing them." Call it overconfidence or arrogance - I still think Apple has point.

But will the introduction of the Apple Watch in 2015 inject life into this category? That is yet to be seen. What we do know however is that the launch of the Apple Watch did not live to its billing. It did not 'wow' the attendant audience.

Whatever the case, the Apple Watch will encounter competition in Africa. Samsung has made a massive commitment to Africa - building consumer electronic assembly plants across the continent and now has 52% dominance of the smartphone market. This gives the Korean maker a clear head start into the smartwatch market on the continent. Huawei, Nokia and Blackberry have also sold substantial numbers of smartphones on the continent and have a leg up should they decide to enter the smartwatch category. An impending scramble for Africa is inevitable with a fierce dogfight expected between Samsung and Apple. Samsung currently forecasts a 60% drop in quarterly profits due to intense competition in other markets - particularly China.

The Apple Watch, which is said to work with the 5th generation of the iPhone and upwards, will find the ecosystems Samsung, and indeed Android phones have built around the software in Africa, hard to break. Before the unveiling of the Apple Watch, Samsung had already revealed that it was working on the Gear Solo, a version of its smartwatch that will have standalone capabilities. If launched, the Gear Solo will forestall the sales of the Apple Watch on the continent.

Notwithstanding the muted reception of the smartwatch in Africa, the need for the gadget is quite ostensible. Diseases still ravage Africa despite the continent's growing wealth. Malaria is a still a routine killer. Aids is still a big threat. And as if this was not enough - up comes Ebola. Ebola already has over 3,500 registered deaths in West Africa and threatens to engulf the continent.

There is also a paradox. The continent's growing wealth has ushered in obesity. The disease is showing its ugly head - especially in South Africa where 61% of the population is said to be either overweight or obese. In view of these hazards, Africans will find health and fitness tracking devices invaluable now more than ever before.

Recognition that time is money (and has to be optimally used) is growing amongst the emerging Africans. They now realise that there are so many tasks demanding of their time - hours are becoming shorter and hours in a day fewer. I have noticed a remarkable improvement in time keeping from a decade ago. Quite a number of meetings I am attending on the continent today are starting and closing as programmed. In the past, starting a business meeting 15 or even 30 minutes later than scheduled wasn't such a furor. Having a watch on the wrist will hopefully reinforce this growing culture in promptness.

I remember being teased by work colleagues while attending a business meeting in the Middle East. I joined the meeting seven minutes late and my colleagues, mostly of Asian origin looked at their watches and one remarked 'He is from Africa so please bear with him. We, the Asians own watches but the Africans own the time.' Nearly all my colleagues had a wrist watch. I didn't. I have never owned one.

Apple can set the smartwatch category alight in Africa - not just because it's Apple, but it also appears to have the right game plan. From the design of its smartwatch - which comprises three models, including one made of 18-carat gold and the hiring of executives from the fashion industry, it is apparent that Apple wants to take the category beyond functional benefits.

Though the majority of the rising Africans are tech savvy, they do not see themselves as tech geeks. Overall they want to be seen as successful business people or professionals. The smartwatch positioning should therefore support this aspiration. In fact, the rising Africans are known to be conspicuous consumers keen to showcase their newly acquired wealth. The Apple Watch could be another perfect badge of success for them alongside the refurbished premium secondhand vehicles they buy from Japan, UK or Dubai.

So are we going to see a stampede of Africans wanting to get their hands on the Apple Watch come 2015? I would say that's unlikely - unless the following hurdles are sorted...

The majority of the 18-35 year age group - who form Apple's core target - have never worn a watch in their life. Part of the older generation that grew up wearing watches owned low-end brands which they dumped on the advent of cellphones. So, make the wearing of wrist watches cool again.

Most African countries already have an advanced mobile payment system. Attraction to the Apple Watch will be added if the Apple mobile wallet gets integrated into local system-meaning that holders of the watch won't have to pull out cell phones out of their pockets to make payments.

The other challenge is internal to Apple. Is the Apple management aware of Africa's mobile sales potential? I wonder. If it did, then one of the African countries like South Africa, Nigeria or Kenya should have been among the targeted countries for the iPhone 6 launch.
NextOptions
›
Email Print PDF
Follow 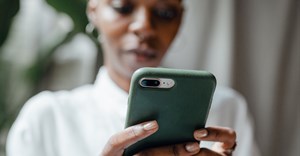 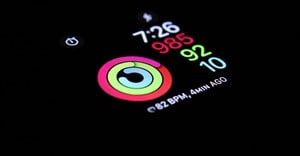 Creativity, the gift that keeps us growing9 Dec 2020 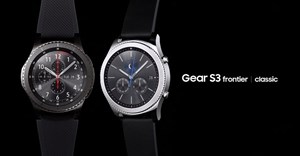 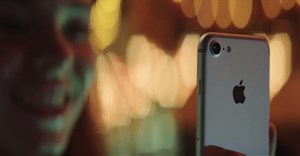 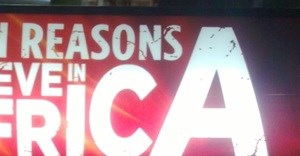 Do brands still have a billion reasons to believe in Africa?13 Jul 2016 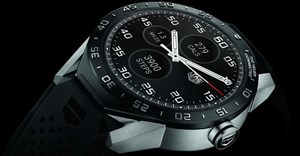 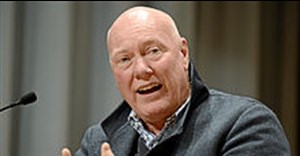