Lessons on how to effectively tackle insect invasions

20 Jan 2020 | Email | Print |  PDF
By: Esther Ndumi Ngumbi
Kenyan food production and grazing land is under threat from a huge desert locust invasion. The insects are currently in two counties in northern Kenya and are now spreading to other Kenyan regions including Meru, Laikipia, and Rift Valley. The government has yet to quantify losses but past attacks have caused harvest losses of up to 70%.
Desert locusts are considered to be the most dangerous of all migratory pests because they can eventually develop wings and form a cohesive swarm which can cross continents and seas. They have the ability to devour crops from entire farm fields in a single morning. Studies show that large swarms form because of factors including changes to the environment, population structure and behaviour.

These desert locusts migrated from Yemen – a traditional breeding area – through Djibouti, Somalia and Ethiopia. The region has had more rainfall than usual which can could have led to this situation. After periods of drought, when vegetation flushes occur in major desert locust breeding areas, rapid population build ups and competition for food can lead to a swarm developing.

To fight these voracious pests, the government of Kenya is using chemical pesticides, often the usual immediate response of African governments to these outbreaks. This was the approach used to curb the spread of the invasive fall armyworm in Kenya, Malawi and Ghana, for instance. But they don’t work in the long run.

Pesticides are chemicals used to kill pests – from animal pests to weeds. Their use is growing in many countries in general, including Cameroon, Ethiopia, Ghana, Kenya and Nigeria. In 2017, Nigeria alone spent over US$400m on these chemicals.

While there are benefits of using pesticides – including directly reducing the incidence of the invading pests – the benefits are short-term: insects can quickly become resistant to them.

Pesticides are also bad for the environment and the health of consumers and farmers. Many European countries have banned some of them for those reasons. In 2017, a United Nations report showed that about 200,000 people, mostly from developing countries, die every year from pesticide poisoning.

Countries must, therefore, promote alternatives or look more carefully at how to prevent insect invasions in the first place.

There are alternatives to pesticides including integrated pest management. This is an approach that doesn’t rule out the use of pesticides, but uses them as little as possible.

Integrated pest management also promotes the use of safer alternatives, like biocontrol, which uses natural enemies to control pests, biopesticides and cultural control practices, which modify the growing environment to reduce unwanted pests.

Biopesticides have been used to manage the invasive fall armyworm control locust, but they’re not popular because they take time to kill the pest.

Countries also need to be proactive in dealing with potential invasions – reactive measures aren’t enough. With warming temperatures in many parts of the continent, some insects will grow and mature faster, meaning more pest invasions. Sub-Saharan African countries will be greatly affected. Recent examples include the fall armyworm invasions that caused billions of dollars in losses on the continent while contributing to food insecurity for millions of farmers.

Governments must work to prevent insect invasions from happening in the first place.

It’s possible for African countries to anticipate and prepare for invasions. They can tap into existing support tools to identify potential invasive pests. The Horizon Scanning Tool, for example, is a tool with which countries can generate a list of insect species that might invade from neighbouring countries – particularly important if they share similar climates or are linked by transport and trade routes. Because countries know about potential invaders ahead of time, they can prepare action plans to be rolled out when predicted invasions happen.

Countries should also learn from others that have successfully tackled invasions. For instance, the US has invasive insect species task forces, councils, committees and advisory groups to provide expertise and guidance on how to prepare for and tackle insect invasions when they happen.

As with the fall armyworm, and through meetings organised by the United Nations Food and Agricultural Organisation, African countries were able to learn from countries like Brazil that have successfully tackled fall armyworm invasion. For instance, they learned how to accurately identify the pests and how to use the right biological control agents.

Finally, countries must have emergency funds at their disposal to support citizens who become food insecure because of the invading insects. In dealing with recent fall armyworm, this was sorely lacking. 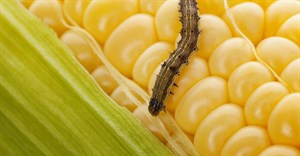 Africa's most notorious insects: The bugs that hit agriculture the hardest5 Sep 2017 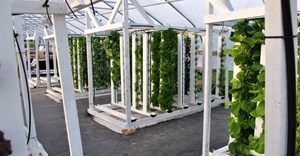 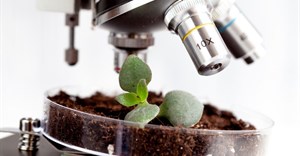