13 Feb 2020 | Email | Print |  PDF
By: Nelson Mandela Ogema
Widespread hatching and movement in different directions of the destructive desert locusts could turn into a full-blown crisis in the coming weeks in East Africa and neighbouring countries if not stopped, the UN Food and Agriculture Organisation warns.
“Breeding continues in the Horn of Africa, which will cause locusts to increase further in Ethiopia, Somalia and Kenya with new swarms forming in March and April," explains the FAO in a forecast released on 10 February 2020.

The desert locusts have as of last month destroyed 70,000 hectares of farmland in Ethiopia and Somalia since their last December outbreak, threatening food security in both countries, according to the FAO, adding that a kilometre square locust swam can eat the same amount of food in a day as about 35,000 people.

Urgent efforts must be made to stop them from increasing to protect the livelihoods of farmers and livestock holders.

This is the worst desert locust invasion Kenya has had in 70 years while Ethiopia and Somalia experienced an invasion of this magnitude 25 years ago, FAO explains. It is threatening food security and livelihoods in the region.

FAO says that the region experienced abnormally heavy rains between October and December last year, with flooding in regions that are normally semi-arid, creating conditions that are favourable for locust breeding, which can grow substantially if not disrupted.

"Locust swarms have started laying eggs and another generation of breeding will increase locust numbers," says Keith Cressman, a senior locust forecasting officer at the FAO. "Urgent efforts must be made to stop them from increasing to protect the livelihoods of farmers and livestock holders."

Cressman adds that the desert locust invasion began as a result of a cyclone that swept through Eastern Ethiopia and North-eastern Somalia in December last year, bringing heavy rains to the area and creating favourable conditions for the insects to breed for the next six months.

The Horn of Africa made up of countries Djibouti, Eritrea, Ethiopia and Somalia, has about 115 million people. "About US$70m is needed to support rapid control operations such as spraying with insecticides," the FAO explains.

Stephen Njoka, the director-general of Desert Locust Control Organisation for Eastern Africa, says: "Climate change could be behind this invasion, for example, the current rains in Kenya are very unusual, making vegetation available to the pests and creating suitable egg-laying sites in the soil."

Njoka says that aerial and ground spraying with safe pesticides are the best ways to control locust invasion.

Because locusts have been found to be nutritious in some communities and cultures in the regions, eating them may be a mild measure of control given the overwhelming numbers of the insects, Njoka suggests.

Daniel Otaye, an associate professor and chairman in the Department of Biological Sciences, Egerton University in Kenya, says: "The invasion poses disastrous effects on the East African region that is still smarting from insecurity, droughts and aggressive floods."

According to Otaye, the insects can devour a whole acreage of crops such as maize and sorghum and ravage pasture for livestock.

He tells SciDev.Net that if the situation is left unchecked, the region might need additional food aid because of the anticipated crop and forage losses from the menace.

But Otaye adds that the use of pesticides in the control of locusts is a source of concern as pesticides might have devastating effects on other beneficial insects such as bees, green lacewings, dragonflies and many others that equally contribute to the ecosystem health. 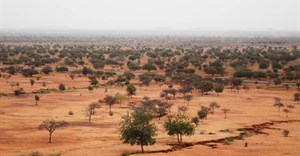 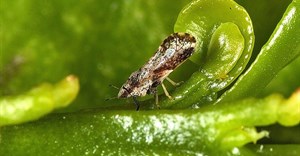