2 Oct 2017 | Email | Print |  PDF
The first edition of the Women in Africa Forum (WIA), in partnership with AccorHotels, took place at the Beldi Country Club in Marrakesh between 25 and 27 September, with over 300 regional and international leaders in attendance. The initiative features a global network of leaders, women and men, working together for economic empowerment and carving out a greater role for women in the industry, enabling opportunities for African women, both at the workplace and at home.
Themed Investing for better governance with African women, the Women in Africa Club initiative hosted global C-Suite executives from AccorHotels, including Arantxa Balson, chief talent and culture officer, Anne-Sophie Beraud, vice president, diversity and inclusion, in addition to senior personnel and female general managers within the group in Africa.

“We are honoured to partner with Women in Africa Club, to enable the next generation of female African leaders to achieve their full potential. Women have played and continue to play a significant role in the economic and social development of their countries, and are considered a cornerstone of African development.” Balson further added, “As a major hospitality leader globally as well as regionally in Africa, combined with our commitment for the HeForShe United Nations initiative, AccorHotels is committed to seeking gender parity the hospitality sector in order to promote the empowerment for all our colleagues,” said Balson.

Balson spoke on a panel discussion entitled Women Leaders Meeting, in which African and international women leaders gathered to share the diversity of their journeys and promote solutions to common challenges for women. Balson spoke along with Aida Diarra, vice-president for Africa of the Western Union, Amina Figuigui, head of the national board of fisheries and Myriam Toure, general manager of African beauty brands at L’Oreal.

AccorHotels established Women at Accor Generation (WAAG) in 2012, and today, it is a more than 10,000 member-strong global network that has overcome gender stereotypes, promoted gender equality, offering support to women within the AccorHotels Group.

The global results speak for itself as close to 50% of women (among heads of department and GMs) are enrolled in the group’s leadership programmes versus 43% in 2016, in addition to an increase of women as high potential colleagues within the organisation at 47% this year versus 39% last year. Recognising that female empowerment reflects an opportunity for all, WAAG is unique as it also encourages men to take an active role in gender parity. The group’s aim was to reach 35% male membership in WAAG by 2017 and it has already surpassed this by 37%.

“In Africa, women represent about 33% of the workforce of our hotels and about 20% of our top management are women. We want to help increase and spread the culture of equality in our company and plan to reach 35% of women GMs by 2017 and 50% in the long-term," concluded Balson.
NextOptions
›
Email Print PDF
Don't miss BizTrends2022 - 7 keynote speakers forecast trends shaping business in our region! Register now! 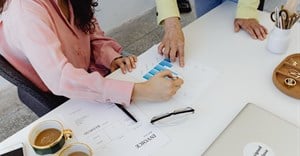 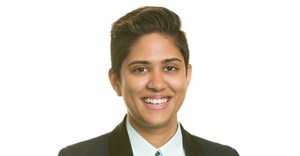 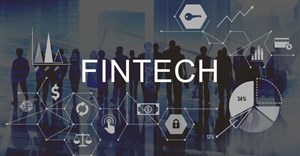 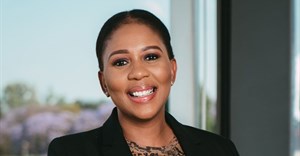