Redfearn appointment is effective effective 1 June 2022. Redfearn succeeds Lwazi Bam whose term ends on 31 May 2022. Lwazi has been CEO of Deloitte Africa since 1 June 2012.

Part of the history of Deloitte Africa

In accepting the position, Redfearn says, “I am honoured to be appointed to this role and excited to be part of yet another first in the history of Deloitte Africa.

“I am enthused about being in a position to be at the forefront of change in our profession, the services we provide and the clients we serve.

“I look forward to working with our people and clients to address the increasingly complex challenges society faces—including, social inequity, climate change, and economic inequality.”

Redfearn started her career as a trainee at the Deloitte Durban office in 1997.

Post her secondment in New York, she returned to Durban as a manager and was appointed to the partnership in 2004.

She was appointed to lead the audit practice of the KwaZulu-Natal (KZN) region in 2010, serving some of the region's most prestigious clients.

In 2011, she was appointed to the Deloitte Southern Africa Board and Remuneration Committee.

In 2012, Redfearn decided to take up a chief financial officer role at a global commodity trading business for three years and gained invaluable experience, serving as a board member on a number of the group's companies.

She returned to Deloitte in 2015 as the Office Managing Partner for the KZN region and managed the risk advisory business for the Eastern Cape and KZN regions.

She was reappointed to the Deloitte Africa Board in 2016 and chaired the firm’s Remuneration Committee as well as served as a member of the Performance, Reward, Succession & Nominations Committee.

Ndlovu says she is honoured by this appointment.

“The increasing importance of governance in business, coupled with our critical role as a public interest professional services firm requires that we lead by example on matters of governance.

“I look forward to continuing to strengthen our corporate governance framework and to lead the Deloitte Africa Board as it responds to various challenges including Environmental, Social and Governance (ESG).”

Ndlovu, the incoming Africa Board Chair has enjoyed a remarkable career with Deloitte.

She was appointed a Director in the Tax & Legal division of the firm in June 2004 and has occupied numerous leadership roles over her tenure including her latest position as Africa Tax & Legal Managing Director and a member of the Deloitte Africa Executive Committee.

In 2010 she relocated to Deloitte UK where she gained invaluable experience providing solutions to multinationals managing large mobility programmes. 2022 Africa Energy Indaba to focus on energy solutions3 days ago 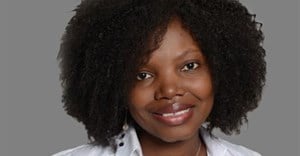 #BizTrends2022: Sponsorships for Africa beyond the pandemic3 days ago 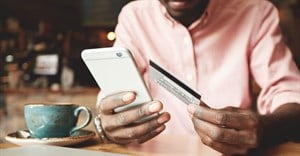