By: Gregory Gondwe
One of Malawi's motor vehicle franchise dealers, CFAO Malawi last week started marketing the all-new Nissan Navara pick-up, which is expected to pile pressure on other pick-up vehicle dealers.
CFAO Malawi managing director Sieg Schulz said since last week when they unveiled the vehicle to now, the company has received overwhelming orders prompting them to double orders to meet the high demand.

Although this is just a pick-up, Schulz said it has facilities of a sports utility vehicle (SUV) and it is coming in 4x2 and 4x4 2.5 - litre turbo diesel.

“It is specifically designed for harsh conditions in Africa and it will therefore give those driving it peace of mind,” he said.

CFAO Malawi is sourcing the Nissan Navara from Siam Nissan Automobile in Thailand, which has an independent front suspension to ensure comfort ability.

“The wide range of ratios enables the user a full use of engine performance,” he said.

According to local technicians, the fuel consumption and noise reduction of the vehicle are improved by changing to a high sixth gear, which enables drivers to maintain acceleration while still at the top gear.

The vehicle's frame is based on the Titan concept. Titan is a Nissan pick-up for the American market.
NextOptions
›
Email Print PDF
Follow

Gregory Gondwe is a Malawian journalist who started writing in 1993. He is also a media consultant assisting several international journalists pursuing assignments in Malawi. He holds a Diploma and an Intermediate Certificate in Journalism among other media-related certificates. He can be contacted on moc.liamg@ewdnogyrogerg. Follow him on Twitter at @Kalipochi.
Read more: Nissan, Nissan Navara Nissan to create jobs in the automotive sector11 Jun 2019 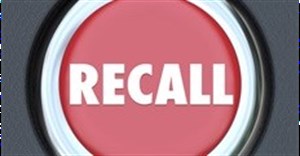