29 May 2018 | Email | Print |  PDF
Farmers on the African continent have been plagued for decades by numerous environmental challenges. These challenges - from poor financing to stringent policies, haphazard regulation, climatic changes to obsolete technology - have affected the way in which local farmers function in the agriculture value chain.
As such, farm productivity, efficiency, and profitability has been grossly irregular, most times, at a decline.

The aftermath of this irregularity is already negative and could grow worse if it isn’t timely remedied, especially, considering that the African population which is expected to grow spontaneously by 2050, will have more mouths to feed; when in contrast, local food production is yet to circulate the present population.

All of these sum up to what propelled Charles Ogbaoku, alongside his formidable team Kingley Ebere (COO), Patrick Emezieonyeije (business operations) and the rest of the team, to champion the course of remedying the situation via Peatuce.

Founded on 1 February 2018, Peatuce is set to improve the local food trade within and across Africa by increasing efficiency, service quality and enhancing profitability for farmers, suppliers and buyers. Peatuce was created out of three major concerns: the ageing profile of local farmers, the poor financial livelihood of smallholder farmers, and the continuous increase in global population.

The growing demand for local produce

The latter is a stronger motivational factor for the team because, according to the United Nations, the world’s population will grow from today’s 7.5 billion to nearly 10 billion by 2050. As such, the demand for local food will be on the increase and Africa would have to worry about feeding 1.5 billion people by 2030 and 2 billion by 2050, when in contrast, the continent currently depends largely on external aids and imports to cater for its 1.2 billion inhabitants.

"We believe in a future where local farmers play a large role in feeding our communities and we are working on making that a reality. We are focusing on emerging markets with a target of over 20,000 local farmers on our platform in 2018," says Ogbaoku.

Operating out of Nigeria, Peatuce, despite being a recent bird in the agricultural value chain, has gone from launching the business operations to sourcing and distributing for buyers, suppliers, local farmers, creating a presence in two Nigerian states. Peatuce now has over 500 local farmers who are relying on it to facilitate their farming operations, expedite distribution and supply chain, as well as help enhance the productivity of farm produce.

To further facilitate efficiency in its operations, Peatuce intends to leverage modern technology in no time. "The problem is that the local produce trade has remained under-served by technology, we intend changing that narrative," says Kingsley.

According to the Peatuce team, it will tokenise on its operations by implementing blockchain, a decentralised sourcing platform, accessible on its mobile app and the web later this year.
NextOptions
›
Email Print PDF
Don't miss BizTrends2022 - 7 keynote speakers forecast trends shaping business in our region! Register now! 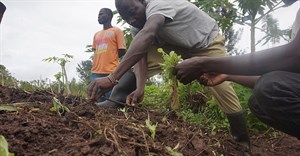 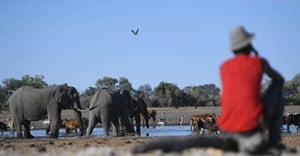 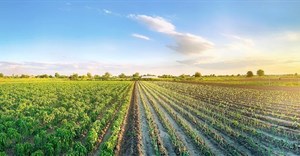 Sowing the seeds of industrial farming in Mozambique3 Feb 2021