SA an example for Africa - Blatter

As compliments continued to pour in for South Africa on Monday (12 July 2010), Blatter called on the country's people to use the success of the World Cup as an example of what the African continent can achieve.

South Africa silenced pessimists as it ended what has been a close to perfect tournament with a spectacular closing ceremony to round off the first soccer World Cup on African soil. The world congratulated South Africa and there is no doubt the encouragement has boosted the country's credibility.

"You have shown the world that you can achieve anything and its time now that you show the rest of Africa that it can achieve anything... there were many pessimists in the beginning but as I always said it is a question of trust and confidence and we trusted South Africa and they have delivered," Blatter said at a post-tournament press conference.

"South Africa has not only managed to stage a incident free world cup, it has left a good impression to the people of the world and you can be proud that the compliments should go to you not to FIFA," he said.

He said compliments should go to the people of South Africa and Africa and the government for all the guarantees it had given prior to the tournament.

Despite the elimination of Bafana Bafana in the first round of the tournament, the ambience and excitement of the competition continued among many South Africans who made the event a resounding success, Blatter said.

Several records were achieved during the 30-day event including never seen before television viewership figures. The number of people who attended the 64 matches at stadiums stood at just over 3.1 million, the 3rd highest in the history of the World Cup.

It has been estimated that the tournament has created up to 695 000 jobs and had a gross impact of R94-billion on South Africa's economy. More than 500 000 tourists have been confirmed to have visited the country to watch or to be part of the tournament, higher than the initial estimation of about 450 000 expected visitors. The country now plans to bid for the 2020 Olympic Games and the success of the World Cup is said to have bolstered these plans.

Analysts say the indirect spin-offs from improved perceptions abroad could have an even greater, longer-lasting impact, not only on South Africa and its development but on the continent as a whole. A successful World Cup will also help change the perceptions that a large number of foreign investors hold of Africa. The infrastructure that has been created as a result of the World Cup is expected to assist the country's long and short term development goals. There is already talks of the iconic Soccer City Stadium becoming a National Stadium that would also accommodate rugby, the second most popular sport in South Africa.

"It is infrastructure like Soccer City that will tell many people that this World Cup for us has really been an investment more than anything else," said Local Organising Committee chairperson Irvin Khoza.

He said having this infrastructure and the success of the World Cup would end all the perceptions that in Africa "you cannot get things done."

"What this world cup has done was to eliminate all the perception the world had of us and the iconic nature of our infrastructure not only the stadia but even transport will send a message to the sporting bodies that they can rely on this country for any future sporting event," Khoza said.
NextOptions
›
Email Print PDF

SAnews.gov.za
SAnews.gov.za is a South African government news service, published by the Government Communication and Information System (GCIS). SAnews.gov.za (formerly BuaNews) was established to provide quick and easy access to articles and feature stories aimed at keeping the public informed about the implementation of government mandates.
Go to: http://www.sanews.gov.za 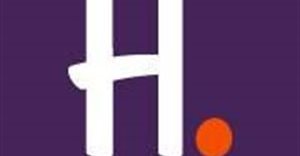 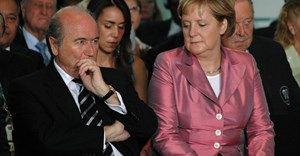