Africa looks to its entrepreneurs

9 May 2016 | Email | Print |   PDF
By: Raphael Obonyo
With a majority of African nations diversifying from traditional sources of income, entrepreneurship is increasingly seen as a key to economic growth. So far, entrepreneurship has yielded huge returns for entrepreneurs, and according to experts, there lies great untapped potential to drive the African continent into its next phase of development. The group sees entrepreneurship as a ‘necessity’ at a time of high employment, saying: “When unemployment is high and the economy is weaker, people are forced to start small businesses to provide for themselves and their families.”

Today, entrepreneurship is seen as one of the most sustainable job generation tools in Africa. Roselyn Vusia, a  human rights advocate, points out that Uganda’s youth unemployment estimated to be 83% according to the African Development Bank’s 2014 report, is one of the highest in Africa.

Unemployment around the continent is also worrying. A 2013 study by Brookings Institution, a Washington DC-based think tank, found that African youth (15-24 years) constitute about 37% of the working age population. The same age group, however, accounts for about 60% of jobless people in Africa.

Kwame Owino of the Institute of Economic Affairs (IEA), a think tank based in Nairobi, says: “High youth population, poor policy choices and a lack of comprehensive employment plans in many African nations precipitate the high rates of unemployment.”

Vusia comments on one proactive approach: “The government of Uganda has implemented an entrepreneurship strategy that is focused on skills development, resource provision and access to markets. This seems to be bearing fruit,” she says.

… Report listed Uganda, Angola, Cameroon and Botswana among the top 10 on the entrepreneurship list…

The importance of entrepreneurship  was underscored at the July 2015 Global Entrepreneurship Summit (GES) held in the Kenyan capital Nairobi,  attended by US President Barack Obama, entrepreneurs from over 100 countries and a group of American investors, among others.

Speaking at the summit, President Obama lauded entrepreneurship for its promise for Africa with participants at the GES agreeing with him that entrepreneurship is one of the key ingredients in the toolbox to address youth unemployment in Africa, the region with the youngest population in the world.

“Entrepreneurship creates new jobs and new businesses, new ways to deliver basic services, new ways of seeing the world — it is the spark of prosperity,” Obama told the summit.

According to Evans Wadongo, listed by Forbes Africa as one of the most promising young African entrepreneurs, many African governments have not been keen on developing policies that would avert unemployment among the youth in a big way.

“Governments are not doing enough. The private sector is trying, but most goods brought into the African market are from China. This denies the youth the much needed manufacturing jobs, which are more labour intensive,” he says.

Kenya’s cabinet secretary in the Ministry of Industrialization and Enterprise Development, Adan Mohammed, however, defends the policies of most African governments, saying that their efforts have been spurring confidence in the continent and are enabling more young people to turn toward entrepreneurship.

“Success breeds success — as many entrepreneurs make headway, others get on board. Also, technology-based inventions are pulling entrepreneurs,” says Mohammed. “The mindset has changed and many young people now think as employers. Many African governments have created opportunities in terms of finance and access to markets.”

Most importantly, with youth comprising more than 75% of its population, Uganda has remodeled its education system to include entrepreneurship as one of the subjects of instruction in secondary schools and colleges. Also, with the help of the private sector and development agencies, the government has established information, communication and technology innovation hubs which help entrepreneurs to launch successful start-ups.

In Kenya, Eric Kinoti, the group managing director at Safisana Home Services, a company that provides cleaning services, hopes the government will follow Uganda’s example by creating an enabling environment to support entrepreneurship that could create jobs for youth.

“Many financial institutions in Kenya expect young people to provide collateral, yet only a few investors are ready to invest in young people’s ideas,” notes Kinoti, who mentors other young entrepreneurs and is listed among Forbes Top 30 under 30 in Africa.

Lack of access to working capital has hampered entrepreneurship in Kenya. Even though the government has created the Youth Enterprise Development Fund (YEDF) and Uwezo Fund to support youth entrepreneurship, budgetary constraints limit their impact.

“Entrepreneurship, if well managed, can create more jobs on the continent and increase the middle class which is essential in sustaining economic growth. There is need to integrate entrepreneurship training in formal education in Africa to prepare the youth for the future,” says Wadongo.

In Cameroon, Olivia Mukami, the president and founder of Harambe-Cameroon, a social entrepreneurship organization, insists that Africa needs to prioritize youth unemployment: “African countries are sitting on a powder keg and if they don’t change, it is going to explode”.

Mukami says that in addition contributing to job creation, entrepreneurship can also help the continent to solve some of the social problems that undermine progress. “I am encouraged that the government of Cameroon has prioritized entrepreneurship as a key pillar of Cameroon Vision 2035,” she said.

Andrew Wujung, a lecturer of Economics at University of Bamenda in Cameroon, attributes the country’s entrepreneurship effort to its unique poverty reduction strategy. Unlike other countries in Africa, Cameroon’s poverty alleviation strategy is linked to entrepreneurship. Moreover, the government is organizing robust skill acquisition and training programmes for entrepreneurs and making credit facility easily accessible to people with innovative technological and business ideas.

For entrepreneurship to strongly impact Africa’s economy, governments must tackle some of the greatest challenges that impede its progress, including lack of funds, relevant mentorship and poor government policies. In addition, African governments should consider giving the private sector incentives through tax relief to create more jobs. Laws and regulations should favour entrepreneurs.

Mohammed says Africa is on the right path. But to reap the fruits of entrepreneurship, effective strategies and policies are required to create more employment opportunities within small and medium enterprises. 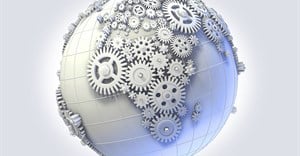 'No real development in Africa without regional integration'21 May 2019 Technology is a liberating force for African women16 May 2019 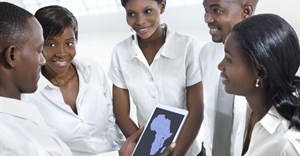 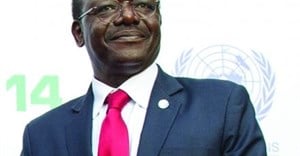 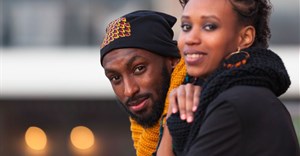 African youth demand a seat at the table24 Apr 2018