15 Sep 2021 | Email | Print |  PDF
By: Shamilah Grimwood-Norley
South African businesses which have endured on-off rolling blackouts for the past 12 years are not alone in their power supply woes. Nearly 80% of businesses across Africa suffered up to nine interruptions to their power supply a month between 2006 and 2016, according to the African Development Bank. Almost half of businesses maintain their own generation equipment to keep operating during blackouts, which occur for an average of 90 days a year, the World Bank says.

Adding insult to injury is the high cost of electricity for industry in sub-Saharan Africa (SSA), at around $0.20 per kilowatt hour, which is four times higher than industrial rates in the developed world.

While African governments are acutely aware of the impact of energy insecurity on economic growth, they lack sufficient capital to invest in new power generation and network capacity. The Programme for Infrastructure Development in Africa estimates that the power sector in Africa needs an annual investment of $42bn across the supply chain, generation, transmission and distribution.

IPPs are often referred to as ‘public private partnerships’ (PPPs) given the offtake arrangements between the IPPs and the power utility, which is usually state owned or has significant state ownership.

Interestingly, recent large-scale IPP procurement programmes have been procured outside the formal PPP regulatory frameworks, which generally entail the handover of the infrastructure assets built for the PPP to the procuring state authority at the end of the PPP term.

PPPs entailing significant private investment in capital assets are typically structured as build-own-operate-transfer (BOOT), build-operate-transfer (BOT) or build-transfer-operate (BTO) concessions (or variations of these concession types), with the mandatory handover of these assets occurring on expiry of the PPP term.

In countries where the power supply chain is still largely vertically integrated and the private sector is seeking reform that will ultimately see widespread privatisation of power generation assets and end-consumer choice of generation supply, the structuring of IPPs as PPPs where the IPP assets are transferred to the state does not make much sense.

Power generation is a naturally competitive business and the ownership thereof should ideally be widely distributed, not monopolised by the state.

Transmission and distribution of electricity is a natural monopoly. Private ownership of network assets, particularly in developing economies which require expansive building out and strengthening of network capacity and improved interconnection, is not optimal given that the interconnected network system is a nationally strategic asset.

Where public funds are constrained, though, private investment in the network system undertaken on a PPP basis should be considered. Although many governments across SSA have paid considerable attention to utility-scale IPP procurement in the last decade, no procurement of private sector investment in national network systems has been undertaken by governments in the region.

To my knowledge, no African jurisdiction has pursued the procurement of private sector investment in network services, through PPPs or otherwise, save very recently for Kenya, and this seems to be a missed opportunity.

Although Kenya launched the first of its IPP procurement programmes two decades ago, being the first African country in SSA to do so, it has only now commenced its first competitive procurement for the upgrade of its transmission system. If Kenya succeeds in banking the Kenya Transmission Project, it may be a game changer for new investment in the African power sector.

Given the capital-intensive nature of utility-scale infrastructure investment, private developers will be heavily reliant on third party debt funding from financial institutions.

It is clear from the utility-scale IPP projects that have achieved ‘commercial close’ in single buyer markets (being markets for utility-scale supply only to state-owned off-takers) that private investment in the form of shareholder equity and third-party debt can be leveraged for new power generation.

The litmus test for investment is bankability, meaning the ability of the project to raise third party debt.

Third party lenders want to be sure that the cash flows generated by the project (in the case of an IPP, the payments received for the electricity delivered or available to be delivered by it) from the utility off-taker will be sufficient to pay their costs, and that these cashflow are adequately protected against all project risks.

In the case of a transmission PPP, the cashflows will principally be the unitary charges received by the private transmission contractor for the network services made available by it to the transmission system owner.

In IPP projects with state utility off-takers, a prerequisite for raising third party debt is for host governments to protect IPPs from credit risk, specifically the risk of non-payment by the off-taker. Credit risk is a challenge for many African jurisdictions, where state utilities often have credit ratings that are sub-investment grade, or close to sub-investment grade.

South Africa's power generation plans are out of date: an urgent rethink is needed

The importance of a structured approach

Apart from government credit support where there is a clear or potential credit risk, host governments also need to pay attention to other critical factors for a successful IPP or PPP procurement.

These include a properly structured planning process (which requires unequivocal state sponsorship), a well-run and timely procurement process (adequately resourced) and a commercially reasonable pricing approach that allows for the recovery of the investment costs plus a reasonable return.

The procurement process must incorporate strict discipline around timelines and evaluation criteria, consistent and open engagement with bidders, and well-developed procurement documentation.

Pricing is crucial for successful implementation of IPPs or PPPs in single buyer markets. The pricing parameters in the RFP document need to be aligned with pricing policy that supports rate-of-return or cost-of-service tariffs to allow investors to cover their costs and earn a reasonable rate of return. In such markets, an IPP or PPP only works if the tariff methodology of the regulator supports rate-of-return or cost-of-service tariffs.

Most importantly, the regulator should not be allowed to reopen and review tariffs once the contract has been awarded. To be bankable, the off-take agreement should lock in a fixed term, fixed price and fixed price escalation, as well as commercially balanced risk allocation.

A general rule of thumb for governments, in my view, is that an IPP should not be required to assume any risk that the utility off-taker’s own generators do not bear in their own generation businesses. IPPs should generally not be required to take on costs that a state generator is entitled to recover from its customers. That is a key principle that African governments and investors should consider.

In summary, IPPs can be effectively leveraged in the African power generation landscape, provided they are properly planned, well run, transparent, properly priced and bankable. Governments should also consider exploring PPPs for transmission and distribution networks, which are currently a missed opportunity. 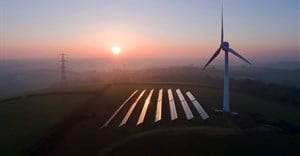 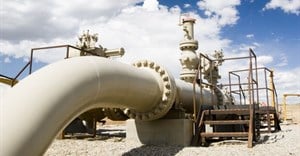 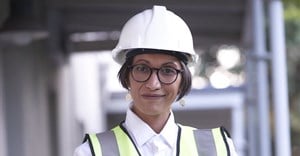 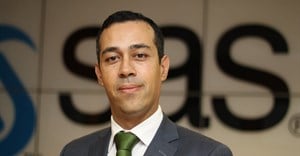 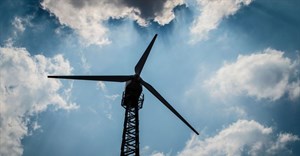