Can the hotel industry survive terrorism challenges in Africa?

By: Josephine Wawira
The hotel industry goes hand in hand with excellent security, as it is an integral part of a hotel's success. Hotels invest heavily in security measures, given that lack of it can render both guests and staff susceptible to a glut of perils not to mention damaging the hotel's reputation. Nevertheless, hotels offering accommodation in high-risk regions, despite their use of CCTV and camera control, face pervasive risks which require professional handling to avoid escalation. The recent attack by al-Qaida at a beach in Grand Bassam, Ivory Coast, was a big blow to the West African country’s hotel industry, with effects likely to foil the government’s target of one million tourists this year. Reports show that over the past three years, the Ivorian government has invested 151 billion CFA, approximately $266,000 in hotels, in a bid to improve the industry and revitalize tourism. Attacks by gunmen in a hotel in Ouagadougou, the capital of Burkina Faso earlier this year, plus other terrorist attacks and politically instigated conflicts across African countries such as Mali, Somalia, Burundi, Chad, South Sudan - Juba, Central African Republic and northern parts of Nigeria such as Borno; continue to undermine the African efforts of tapping revenue from the hotel and tourism industries.

While combined efforts from the United Nations Mission in Somalia (AMISOM), the government of Somalia and other organizations of good will to restore peace and security in the war torn country are seen to be gaining mileage, security concerns remain inevitable with frequent terrorist attacks from the notorious Al-Shabaab militant group. Jazeera Palace Hotel is one of the most popular hotels located in Mogadishu, Somalia. The hotel bore the weight of terror in Mogadishu after it was struck by a suicide bomber in July 2015, causing massive destruction. The aftermath of such a major security incident, in any given scenario, causes incredible loss of property and in some cases loss of life and lifelong injuries. Huge revenues are also lost to competitors who take advantage to advance their business while the victim takes time to re-build, if at all.

Speaking to Jovago.com, Justus Kisaulu, the general manager of Jazeera Palace Hotel, which re-opened in November 2015, notes that the security situation in Somalia, and specifically Mogadishu, is improving day by day. “Despite the negative publicity we get, sometimes we may go for months without any major incidence. Crime and terrorism has been largely deterred by mounting road blocks at various roads, intelligence led operations and professionally training the police force among other measures,” he explained.

Jazeera Hotel is a proof of resilience and optimism of the hotel industry in the face of terror. The hotel’s occupancy rate remains high at roughly 80%, hosting mainly business people, government officials, government delegations, foreign diplomats and NGOs. Kisaulu acknowledges that guests remain concerned about their security when on transit, prompting Jazeera to provide armored vehicles to mitigate the level of risk.

The hotel industry in Bauchi State in Northeast Nigeria has also reached its nadir from being targeted by Boko Haram insurgents. In spite of the spate of insurgency, Bauchi is bestowed with rich natural assets, being home to Ankara National Park and some of the best accommodation facilities in the area. Juliet Okere, the manager of Polycon Guest Inn in Bauchi, says the presence of security personnel in the recent past as a panacea to the insurgence menace has gone a long way in bringing calm in the state, thus boosting guests’ confidence to tour the area. 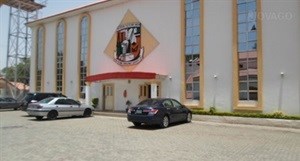 Remarkably, Juliet credits local Nigerians for their trust and contribution in restoring the hotel industry in the region, which has for years been debilitated by the presence of Boko Haram. While uncertainties surround the future of the industry in Bauchi and other Nigerian states such as Borno which are still writhing against the insurgents, Juliet, like many other hotel stakeholders, remains optimistic that collective efforts will show light at the end of the tunnel.

The role of the inernet and online booking

Despite the security challenges, the hotel industry is defying all odds to remain relevant and competitive. Internet uptake in these terrorism prone countries has also contributed highly to revolutionizing the sector, with the use of online booking platforms such as Jovago and Expedia; which enable travelers to book their accommodation online. According to Jazeera’s GM, “Internet in these countries is so crucial because of the increase in international guests and does reduce human movement within the city, thus reducing risk of being targets. This is the driver of the business now and in the future.”

A report by the International Peace Institute shows that, while last year saw Sub-Saharan Africa overcome a number of important challenges, it also saw the continuation and often the creation of social, political, and economic obstacles that will define the continent’s security outlook in 2016. Hopefully, concerted efforts to curtail terrorism which is a global threat, will pave way to the writing of a different script, with a positive outlook for the hotel industry in regions with high security threats.

Josephine Wawira is a consultant in communication and public relations with over six years of progressive writing and broadcast experience. She is currently a writer for Africa's online hotel booking portal, Jumia Travel, focusing in the areas of travel, tourism, and hospitality as it relates to Africa.
Read more: terrorist attacks, international visitors, African hotel industry 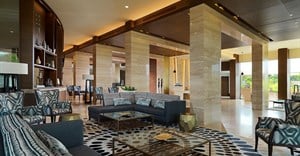 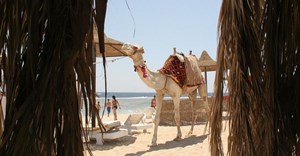 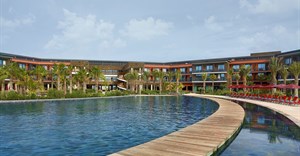 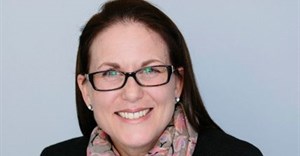