7 Jan 2019 | Email | Print |  PDF
By: Andrew Skipper
Is there a new scramble for Africa? Why should Africa be confident? These and other questions are eloquently ventilated at the plethora of Africa conferences - including our own Hogan Lovells Africa forums in London and Johannesburg - and 2018 was no different.
I have participated in a range of dynamic discussions and have been on the ground in Africa for much of the year, in a variety of capacities, representing my profession as a senior corporate lawyer as well as a member of the Board of the Smithsonian National Museum of African Art. But what is new to learn about the continent? There are four key positive themes for the future that I have consistently heard:

Africa's reputation globally as an investment destination needs some work. Risk is seen as high and business difficult to do, and the reality is that investment cash has global options.

So why Africa? A key part of the answer to this is seen as changing the negative narrative through evidence, confidence, and pride. It is easy to focus on bad news when the continent is so big and varied, but there is now a much more concerted effort, championed by leaders such as Dr Oramah of Afrexim Bank and supported by media like CNBC Africa, to project a positive image of the whole continent and what it has to offer the world. And this comes from government, business, media and cultural leaders and institutions bringing pride in the message.

According to the African Development Bank (AfDB), African projects succeed more often than those in the US, returns on investment for those who understand the risk and play a long game can be high, some of the countries with the highest economic growth are African, and  significant institutional reforms are embedding in a variety of countries keen to secure investment.

Underpinning this narrative is a sense of pride in culture; which can be seen in the opening of the Zeitz MOCAA Museum of Contemporary Art in South Africa and MACAAL in Morocco, and events such as the 1-54 Contemporary African Art Fair taking place on the continent for the first time; all significant steps towards a continuing commitment to bringing African art and culture into the global mainstream.

Implemented correctly this should prove an increasingly compelling message for African and global investors alike, which in turn should deliver hope and stability to the fast increasing population.

Even today, the trite saying that Africa is 54 different countries comes as surprise to some potential investors.

Obviously, a simple map reading exercise would elucidate, but sometimes Africa has itself to blame by putting it all together; a melee of different cultures, economies, and people; often in the form of an Africa Forum or conference. Put that aside and the African message becomes more coherent. As promoted by President Akinwumi Adesina of AfDB, the focus should be on Africa as the next China, due to its abundant resources in human capital as well as natural resources and an increasing consumer base.

At the same time, President Ramaphosa from South Africa eloquently outlines Africa as the next global frontier in investment and growth, on the move and on the rise with improved governance and deepening democracy.

The simple facts show again that Africa’s human resources are growing massively and if this cohort can be marshalled to adapt to the changing world in the 4th Industrial revolution, properly educated and fairly treated, then the continent should be looking to long-term success.

There is clearly a focus on working together more; whether through the AU Agenda 2063, Economic Community of West African States (ECOWAS), Southern African Development Community (SADEC), and the East African Community (EAC) or more recently the focus on intra-African trade as a critical driver for continental success through the African Continental Free Trade Area agreement (AfCTA). This plays the continental hand far more clearly and is not lost on the rest of the world.

We've seen the recent visits of Theresa May, prime minister of the United Kingdom, Emmanuel Macron, president of France, and Angela Merkel, Chancellor of Germany, vying with the Tokyo International Conference on African Development (TICAD) and Belt and Road, the Chinese development strategy, for influence and investment potential; which a confident and unified Africa has to be well placed to exploit its competitive advantage.

There are new leaders and their language is becoming more aligned and focused on delivering results and investment into Africa from within and without.

The message of Africa beyond aid, led by President Akufo-Addo of Ghana, calls for more private sector engagement, and echoed by others including President Ramaphosa, sounds compelling. Indeed having heard many leaders this year, the message is extraordinarily similar from Zimbabwe, Cote d'Ivoire, Ghana, Nigeria, Angola and South Africa.

They say we need to bridge the investment gap and we know the need for government to work with private sector in Africa to attract more foreign direct investment (FDI). We know that to do that, we need to create policy and regulate consistently in a modern way (e.g. to deal with the growing number of Fintech and entrepreneurial start-up's). There also needs to be a focus on building and strengthening institutions, eliminating corruption and becoming a more transparent and educated nation.

Finally, leaders know that African countries must invest in themselves alongside international investors and are acutely aware that in order to do this, the tax gap must be dealt with, and local cash, such as pension funds, must be activated.

Business leaders, from bankers to industrialists, consultants to corporates and the intermediate multi-laterals and development finance institutions (DFIs) appear now to have a better grasp of what is needed. Or at least to enunciate it.

The inaugural AfDB Forum brought together the vast majority of multi-laterals with a clear message that they will speed up and collaborate rather than compete, to do deals to leverage their involvement and encourage private and public sector investment, with a special focus on de-risking; which is a positive statement of intent.

There is an acute awareness of opportunity and necessity in bridging the infrastructure gap and delivering to Africa's growing population. More encouraging is the African businesses determined to do this for Africans.

As Aliko Dangote, founder of the Dangote Group, recently said, he has invested heavily and sees more opportunities in Africa than any other continent in the next 10 years. To deliver, he makes it clear that Africans must lead, and must add value in-country. In the meantime, international businesses who understand the continent's rich, diverse and sometimes complex modus operandi continue to make strides.

So we have a positive message, but as President Adesina says, “You cannot eat potential.”
NextOptions
›
Email Print PDF 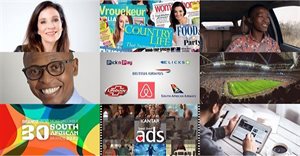 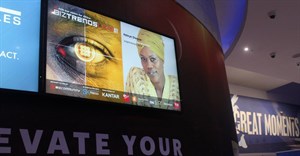 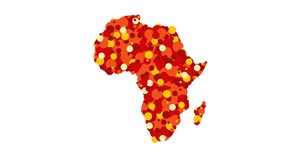 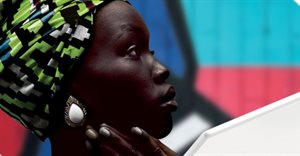 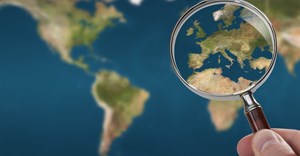 Brexit and Africa: How Africa can benefit11 Jun 2019 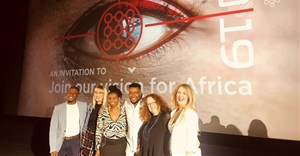 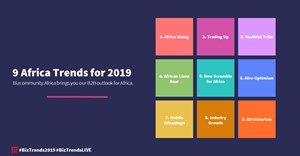 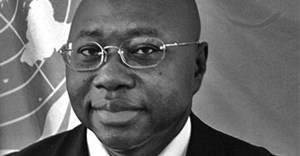 #BizTrends2019: This could be a big year for Africa21 Jan 2019
Republication of selected Bizcommunity content for non-commercial purposes is allowed if the original article is linked to with "Source: www.bizcommunity.com". Please click here for more information and to request permission.
Let's do Biz